The IDF has finally put a woman in command of a battalion. They're decades behind American forces. 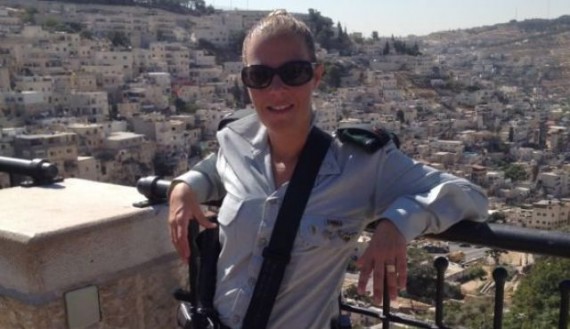 The Israeli Defense Force has for decades been cited as the model for integrating women into combat roles. Yet they have only just now appointed a female battalion commander.

The IDF has appointed its first female battalion commander, Maj. Oshrat Bachar, who will head a Combat Intelligence unit in the Southern Command along the border with Egypt.

Maj. Bachar will be promoted to the rank of Lieut.-Col, and will take charge of a battalion named Eitam, tasked with monitoring hostile terrorist activity in the Sinai Peninsula. She began her military career as a lookout soldier in the Combat Intelligence Corps, and went on to become a company commander in the field. From there, she became an instructor at the IDFs Combat Intelligence School, before serving as a department head in the office of the advisor on to the chief of staff on womens’ affairs.

Maj. Bachar is currently completing a course on command and special staff at Glilot, and will then go on to begin a battalion commander’s couse.

It’s stunning to me that it’s taken them this long to appoint a woman to command a battalion. Not an infantry battalion, mind you—a battalion, period.

We’ve had female generals and admirals now for over four decades:

While our military put women into separate sub-branches until they were fully integrated into the regular forces in 1978, we had women commanding battalions before Israel’s existence as a state. LTC Mary A. Hallaren commanded the 1st WAC Separate Battalion when it deployed to England for service in World War II in July 1943. I can’t offhand figure out who was the first woman to command a gender integrated battalion, but there were likely many of them upon full integration in 1978.

UPDATE: A Haaretz version of the story reports Bachar will be the first combat-battalion commander and reports:

Women have served in the past as battalion commanders in the education corps and in logistics units, but not in combat units. Around two years ago, a female officer was appointed commander of the communications battalion in the Intelligence Corps’ unit 8200. In the Israel Air Force, a woman has achieved the position of deputy squadron leader.

According to IDF figures, only 5 percent of senior commanders – colonel and above – are women, while 13 percent of lieutenant colonels are female.

That makes a lot more sense. I’m not sure what constitutes a “combat” battalion, in that the US armed forces classifies intelligence as a combat support, not a combat arms, branch.