During the early morning hours, I was mulling over the implications of the latest Middle East war for democratic peace theory, mostly in the context of the neoconservative paradigm. It seems others have been having similar thoughts.

Michael J. Totten contends that it “nearly demolishes the theory that democracies don’t go to war with each other. Lebanon, aside from Hezbollah’s state-within-a-state, is a democracy.” Dan Drezner rightly notes, however, that “The ‘aside from Hezbollah’ is an awfully big aside. It suggests that Lebanon might better be coded as a ‘democratizing’ state rather than a stable democracy — and Ed Mansfield and Jack Snyder have demonstrated that democratizing states are the most violent regime type.” Indeed.

Beyond the fact that they have had an election wherein control of governance was legitimately at stake–a necessary but not sufficient condition for coding a state as “democratic”–Lebanon hardly fits the mold. Indeed, it is in much ways less “democratic” than Great Britain circa 1812, the standard rebutal case trotted out by undergraduates and always swatted away.

U.S. Hints at Penalties for Syria 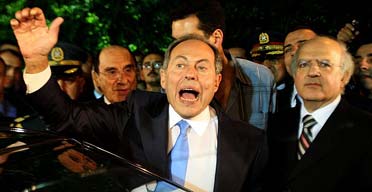 Lebanon President Steps Down without Successor