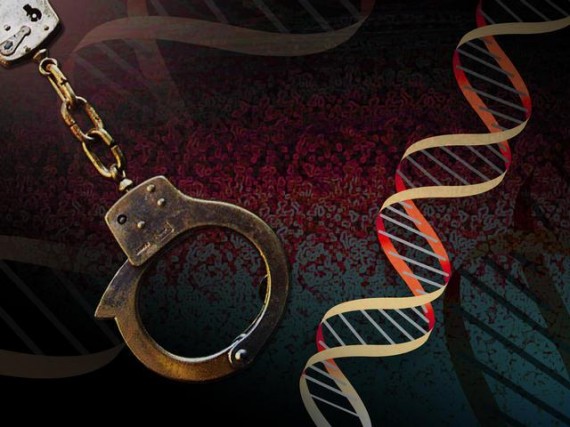 In what seems like a plot straight out of Law & Order, a Colorado judge has ruled that a criminal defendant will be permitted to put forward the theory that his identical twin is responsible for a serious sexual assaults:

A Fort Carson officer linked by DNA to a string of sexual assaults on young girls will be allowed to blame his twin brother at trial, a judge ruled Friday.

Fourth Judicial District Judge David Shakes ruled it would be “inappropriate” to bar 1st Lt. Aaron Lucas’ attorneys from presenting his identical twin, Brian Frederick Lucas, as an alternate suspect in the crimes given their shared DNA.

In criminal prosecutions, DNA is widely considered a smoking gun – but only “in the absence of an identical twin,” a phrase uttered almost any time a forensic expert is called to testify about biological evidence in court.

The judge cited evidence that besides sharing genetic markers linked to the assaults, Brian Lucas also owns a black Acura sedan like one described by a young girl who was sexually assaulted in Madison, Ala., in 2007 – a crime for which Aaron Lucas is suspected.

“Whether it’s persuasive or not – that’s not my role,” Shakes said in clearing the way for the defense at a Friday hearing. “It’s the role of the jury.”

Lucas, 32, is scheduled to be tried Jan. 4 in 4th Judicial District Court in lewd encounters with 11 adolescent girls who were approached by a stranger in the Pikes Peak region. Three were sexually assaulted, authorities say.

The decorated artillery officer became a suspect when he was spotted at a Fountain playground by an officer investigating reports of a stranger targeting young girls.

A DNA test linked him to an 8-year-old girl’s abduction in Colorado Springs and also matched biological material recovered from the unsolved Alabama case and another attack on a young girl in Texarkana, Tex., in 2009, authorities say.

Although he will only be tried in local crimes, prosecutors previously won the judge’s approval to introduce evidence of the out-of-state crimes in a bid to establish a pattern of conduct.

The defense says Brian Lucas lived in both Texas and Alabama.

The twin brother denied involvement in the crimes under interrogation by the Madison County, Ala., sheriff’s office, investigators testified Friday.

I fail to see how the court could come to any other conclusion if another man has the identical DNA as the defendant. I have long been critical of the increasing micromanagement of trials by judges who now routinely bar defenses and theories that they find unpersuasive or unsupportable. The result is that defendants are sometimes denied the defense that they wish to make to a jury — the actual claim of innocence that they cite as the reason why they are not felons. The fact that prosecutors wanted to bar this defense shows their expectation that they can tailor criminal defenses and limit what the defendant can allege as the basis for his innocence.

Turley is, of course, absolutely correct here, as is the Judge’s decision. While Judges do have some authority to bar criminal defendants, and the prosecution, from presenting theories of the case that are unsupported by the evidence, it’s clear that this isn’t the case here. In this case, we’ve got someone who has the exact same DNA as the person standing trial on very serious charges who also apparently has other things in common with the facts of each of the assaults at issue in this case such as the type of car he owns and the fact that apparently lived in the general location of where the assaults took place during the relevant period. Given these facts, it would seem that it would have been reversible error for the Court to prevent the Defendant from presenting an alternative theory of the case that, if the jury is convinced of it, could arguably constitute the reasonable doubt that would be sufficient for an acquittal. A conviction in a case where such evidence was barred would likely be overturned on appeal with instructions that the Defendant be permitted to present the evidence at a new trial.

None of this is to say that the Defendant will ultimately be acquitted, of course. There could be facts we are presently unaware of, such as evidence tending to show that the brother was out of town when the actual assaults took place, that will come out at trial that would tend to discredit the Defense’s theory of the case, for example. Perhaps the prosecution or the defense will call the twin brother to the stand as a witness and his testimony will influence the jury to reject the defense, although one imagines that if the twin has an attorney he’d be advised to exercise his rights under the Fifth Amendment to remain silent given the possibility that charges could be brought against him if his brother is acquitted. Or, perhaps there is other evidence that will definitively point to the Defendant rather than his brother. Those are matters for the jury to decide, though. Based on what we know now, there’s no reason why the Defendant should not be permitted to present this evidence to the jury.

This story does bring up two questions, though. First of all, what does the twin brother think of all of this? And second, if the Defendant is acquitted and the twin is charged would he be permitted to present a theory in his own case that posits that it was the other twin, the current Defendant, who was the actually the perpetrator? If that happens and the twin is also acquitted, of course, then Double Jeopardy would have attached as to both men and neither one could be charged again.