Junk Fees and People of Color

Not everything is racially-motivated but most things have a disparate impact.

Is charging for extra legroom on planes correct? According to US President Joe Biden, this procedure is wrong and racist. In a recent announcement, Biden said airlines forcing air passengers to pay for extra legroom is racist because it hits ‘marginalized Americans and people of color the most.”

Biden’s remarks were made one month after he announced the release of a new proposed law that would require airlines to disclose hidden fees before a customer purchases a ticket.

The regulation will let passengers know all the exact costs in advance and thus can choose the best deal. The department is still working on forcing airlines into giving refunds for services like onboard WiFi that do not work.

“The Department of Transportation is working on rules that would require airlines and travel sites to disclose fees up front, fees like things if you want to sit next to your young child. Well, guess what? Or check your baggage or change your ticket. You’re going to be surprised. They’re going to charge you for that without telling you. Your ticket is going to cost a heck of a lot more. I’m not saying they can’t charge it, but they got to let you know they’re going to charge it. You can make a decision”, Biden revealed that DOT is working on the main points of these new regulations.

“Some airlines, if you want six more inches between you and the seat in front, you pay more money. But you don’t know it until you purchase your ticket. Look, folks, these are junk fees. They’re unfair, and they hit marginalized Americans the hardest, especially low-income folks and people of color. They benefit big corporations, not consumers, not working families. And that changes now”, he added.

Curious as to whether this was taken out of context, I went to the White House website and, after scrolling through six pages of press room briefings, I finally found his October 26 “Remarks by President Biden on Protecting American Consumers from Junk Fees.” Not only was this not taken out of context but it wasn’t a typical Biden stumble; it’s right there in the prepared remarks:

Look, folks, these are junk fees. They’re unfair, and they hit marginalized Americans the hardest, especially low-income folks and people of color. They benefit big corporations, not consumers, not working families. And that changes now.

Nothing else in the speech is about “marginalized Americans” or “people of color.”

Aside from pandering to the base, though, it makes sense. If someone making a six-figure income gets hit with a surprise $25 fee they weren’t expecting, it’s annoying but likely not all that impactful. They’re not going to cancel their dinner plans, much less be unable to keep the lights on, because of the unexpected surcharge.

It’s possible that, on average, people of color need more legroom than white people. More likely, though, it’s just an acknowledgment that Blacks and Latinos are more likely to be low-income. It’s certainly not an accusation that the airlines are “racist.”

The good news is that this weird story brought attention to an initiative of which I was unaware. Whether existing legislation gives the President or the FAA authority to regulate these fees, I don’t know. But requiring up-front disclosure that expected amenities like the ability to carry a bag onto to plane will carry a fee so that comparison shopping can be done transparently seems like a no-brainer.

*I had never previously heard of the site. But, no, it doesn’t appear to be some right-wing outlet. They bill themselves as “a digital media company serving millennials of the African Diaspora” and are part of a larger brand called Blavity whose stated mission is to “economically and creatively support Black millennials across the African scape, so they can pursue the work they love, and change the world in the process.” 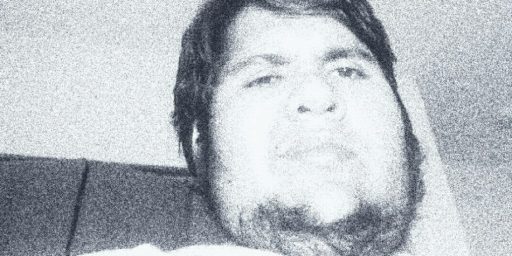