Ralph Macchio is 51, the same age as Pat Morita was when "The Karate Kid" hit theaters in 1984. 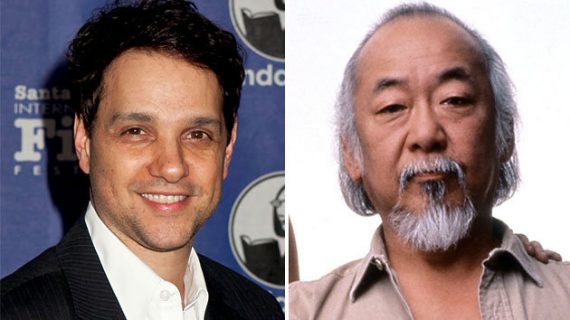 Ralph Macchio is 51, the same age as Pat Morita was when “The Karate Kid” hit theaters in 1984.

We don’t mean to cause an existential crisis for any children of the ’80s out there, but we felt it was worth noting that Daniel is now as old as Mr. Miyagi was upon the release of “The Karate Kid” (1984).

Yeah, a tweet made today by Roadside Attractions pointed out that Ralph Macchio is 51 … and so was Noriyuki ‘Pat’ Morita, once upon a time, even though his infinite wit and wisdom made him seem like he was at least a thousand years old.

Sure enough, Morita was born June 28, 1932.  The original “Karate Kid” was released June 22, 1984–six days before Morita’s 52nd birthday. And, of course, Morita was several months younger during filming.

Macchio has held up well. He not only looks about 20 years younger than Morita did at 51, he looks younger than Morita did when he was playing Arnold on “Happy Days” years earlier. Maybe it’s genetics. Maybe it’s the fact that Morita had a hell of a hard life early on: spending years in a full-body cast to deal with the effects of spinal tuberculosis and then years in an internment camp.  Then again, Macchio looked 12 when he was 20.