In a surprise move, the Los Angeles Times announced this afternoon that Michael Kinsley, founding editor of online magazine Slate, has been named editorial and opinion editor. Janet Clayton, who has served as editor of the editorial pages since 1995, has been named assistant managing editor for state and local news. The appointments are effective June 14.

Kinsley, 53, has been the editor of The New Republic and Harper’s magazines, longtime co-host of CNN’s “Crossfire,” and is also a widely published writer. He will be responsible for The Times’ daily editorial and letters page, the Commentary (Op-ed) page and the Sunday Opinion section.

“Mike is a writer of wit and insight, a lucid thinker on public policy and an innovative editor known for spotting and developing talent,” said Editor John Carroll. The appointment marks another bold move for the paper, which earlier this month picked up five Pulitzer Prizes.

Eugence Volokh thinks it an inspired choice. Spoons thinks the good professor is smoking a controlled substance. While I seldom agree with Kinsley, he’s brilliant and an excellent, witty writer. And Crossfire has been unwatchable since his departure. I’ve read Slate from the beginning and was a subscriber to TNR for a couple years near the end of the Kinsley era there and have generally found him to be intellectually honest and fair. Hell, he hired guys like Fred Barnes to work at TNR. Sure, Kinsley is opinionated, but this is an op-ed page. Sure, he’s a lefty. But it is the LA Times.

What I don’t get is what’s in this for Kinsley. This is a coup for the paper but it seems like a huge step down for Kinsley. While it’s a major paper, one would think being in charge of Slate or, certainly, TNR would be much more prestigious than running an editorial page. Indeed, he’s replacing someone I’ve never heard of after having run the page for nine years–starting at age 39. 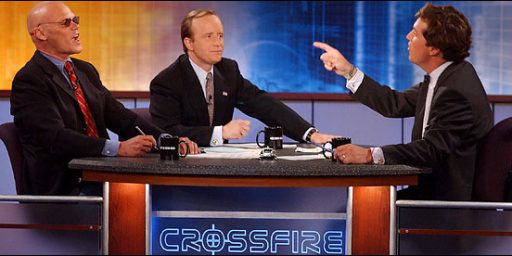 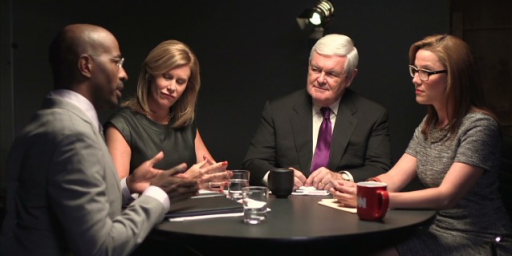