There is a growing bipartisan consensus among Congressmen that they work too damned hard, reports The Politico‘s Ryan Grim.

Even before Democratic leaders have made good on promises to harness lawmakers five days a week, cross-party opposition is growing, with senators ready to revolt and House members simmering over the new schedule.

The most popular move afoot would have lawmakers working for three weeks at a stretch with a week off — or some variation on that theme, several House and Senate members said. Such a schedule would roughly reflect the one in practice under previous Republican rule in the Senate. “They should really work us so we get things done, then give us a few weeks off so we can do the Kiwanis Clubs and all that,” said Sen. Jon Kyl, R-Ariz. “If you leave early Monday, yes, you can get here for a 4:30 vote, but you lose the whole working day of Monday.”

There’s a broadening bipartisan “uprising” to ditch the longer workweek among both lawmakers and staff, especially in the Senate, said a top Democratic Senate aide. “It’s a grind,” said Sen. Jim Webb, D-Va., who enjoys one of the easiest commutes to the Capitol from his home in Northern Virginia. “It’s a lot more stringent than people originally thought it would be.” A visibly annoyed Sen. Pat Roberts, R-Kan., agreed: “I just told (Reid) I won’t be back by 4:30” for the vote Monday, “even though I’m catching a 1:55 flight.”

But the Democratic leadership isn’t budging. Senate Majority Leader Harry Reid of Nevada said that he’s gotten complaints from both sides of the aisle, but that the schedule is set. The proposed plan of three weeks on, one week off, he said, is something he’s heard a lot about. “We’ll look at it, but nothing’s going to change this year,” he said. And House Speaker Nancy Pelosi of California is holding firm on the existing schedule, a leadership aide said.

From the perspective of the electorate, where a five day work week would often constitute a reduction in workload, this seems even more farcical than lawmakers making nearly $200,000 a year complaining about how hard it is to make ends meet. Given the current job description of Members of Congress, though, these complaints are valid.

Once upon a time, Congress was in session for a few months at a time and then out for long recesses, especially during the days before air conditioning when summers on the Potomac were too hot to endure. Nowadays, though, Members have to juggle year-round sessions with the reality of the permanent campaign. Senators and, especially, Representatives are expected to be back home every weekend so that they can judge the Little Miss Peapatch contest, eat barbecue, and kiss babies.

My conservative instincts on these matters has me torn. On the one hand, it seemed somehow wrong that Members were being paid a handsome salary for a three day work week that involved them spending our money on pork projects to help get themselves re-elected and then spending the other four days back home (on their dime) working to get re-elected. On the other, if they spend five days a week in Washington, they’re going to cause 40% more mischief. Forced to chose, I’d rather them go home. 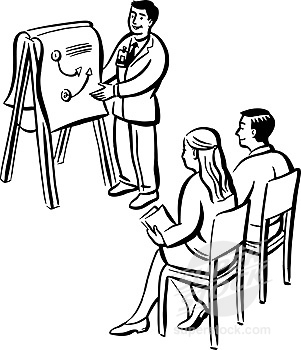