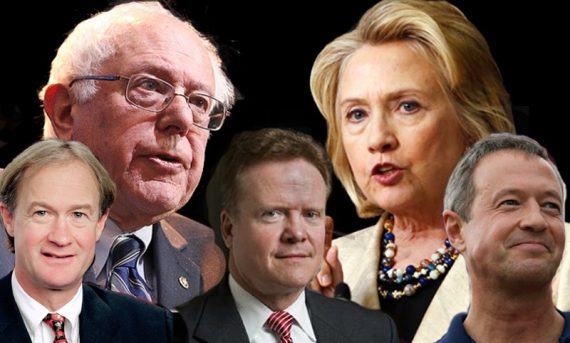 Democratic Party officials are coming under an increasingly vociferous attack regarding a debate schedule that many grassroots Democrats describe as being designed to protect Hillary Clinton:

Calls for more Democratic presidential primary debates grew so loud at a party convention in New Hampshire Saturday that the party’s chairwoman had to raise her voice during her opening remarks and break from her speech to shout back at attendees.

Chants of “More debates” and “We want more debates” — as well as some boos — greeted Democratic National Committee Chairwoman Debbie Wasserman Schultz when she took the stage at the New Hampshire Democratic Party convention in Manchester. Although she largely stuck to her scripted remarks, which focused on how the party can retain the White House next year, she paused at one point to respond to the protesters.

She added: “You know better than anyone that this race can’t be won from a stage or through a television screen. You want to see these candidates in your living rooms, in coffee shops, and at forums just like the one we’re having here today.”

Many of the protesters wore shirts backing Bernie Sanders, and several waved yellow and orange signs calling for more debates.

Most of the chants came from the non-delegate section — an area set aside for people who paid to attend but are not delegates to the convention.

Several attendees told CNN that more debates would give candidates more opportunities to speak about issues.

And Mary Ann Rogers, a Bernie Sanders backer from Manchester, said more debates would give voters more time to decide.

“Instead of it being a circus of zingers and one-liners, we’ll hopefully have a stage of people who want to be respectful of each other and really want to discuss the issues,” Rogers said. “So if there aren’t enough debates, there’s not enough time to decide. It’s too important an election to just leave it to chance.”

Currently, the party has scheduled six debates. But many Democrats have criticized the decision to not hold more events, saying it favors party front-runner Hillary Clinton, and several party leaders,including top House Democrat Nancy Pelosi, have called for more debates.

Clinton told CNN’s Wolf Blitzer earlier this week that she would be open to more debates.

“I am ready and willing, no matter what they decide, to show up and be there,” Clinton said Thursday.

Prior to the New Hampshire event, Wasserman Schultz had been met with similar protests at a Democratic Party even in California, and defended her decision to limit the candidates to six sanctioned debates, only four of which will take place before the Iowa Caucuses with three of those four taking place on a Saturday or Sunday evening:

SIMI VALLEY, Calif. — Democratic National Committee Chairwoman Debbie Wasserman Schultz is not budging on her decision to cap the number of Democratic presidential primary debates, despite protesters who stood outside the DNC Thursday and demanded she change her mind.

A flyer advertising the protest was passed around at a Bernie Sanders campaign rally and claims the Democrats debated each other 26 times in the primary. The flyer’s website allowdebate.com is the main hub for those interested in the cause.

Wasserman Schultz, however, told The Daily Caller Thursday night that the party is standing firm.

“We have six debates, which are about the same number we had in ’04 and in ’08, when we had an open primary. We believe strongly that six debates coupled with other opportunities that candidates will have to engage in forums and town hall meetings — that it is important to have our candidates in a variety of settings and not take them off the campaign trail,” she said.

“Every time you have a debate there’s about 3, 4, 5 days where the entire operation has to come off the trail, get ready — responsible campaigns anyway.”Wasserman Schultz explained. “The early primary states are really important and you want to make sure that those voters have a chance to kick the tires and really get the up close detailed look that they pride themselves on.”

She added, “So we believe that six debates are enough. In the other election cycles the debate schedule got out of control and so we wanted to get a little bit more control over it.”

This isn’t the first time that we’ve heard complaint about the small number of debates among the Democratic candidates for President. When the schedule was first announced over the summer, several of the candidates that were challenging Hillary Clinton for the nomination at that time complained that the schedule was designed to protect Clinton by limiting her exposure to situations that could potentially cause problems for her campaign. Those complaints didn’t seem to go anywhere initially, but as the summer went on and Clinton’s problems became more apparently opponents such as Martin O’Malley and Bernie Sanders began to speak about the issue more frequently. Now, it would appear that their complaints have been passed along to the grassroots of the party, which isn’t entirely surprising given Sanders’ rise in the polls and the fact that there still seems to be an underlying sense of doubt about Clinton, as evidence by the ongoing Biden speculation and the Vice-President’s own rise in the polls in the past several weeks.

When the first complaints were made about the debate schedule, I was somewhat skeptical about the complaints that were being lodged by candidates like O’Malley. As time has gone, though, it has seemed as though there is a great deal of merits in the complaints lodged by the other candidates regarding the debate schedule. Now that they are being joined by grassroots Democrats as well as a number of progressive groups such as MoveOn.org, it seems as though this is going to be an issue that Democrats are going to have to address rather than dismissing it in the manner that Wasserman Schutlz has consistently done for more than a month now. As I noted, there are only four debate scheduled between now and the Iowa Caucuses, and three of those debates will take place on a Saturday or Sunday evening when many potential voters are likely to be watching football or otherwise engaged in family activities. By contrast, Republicans will have had six debates by the time the caucuses begin, and that’s with a much larger field than the Democrats are dealing with. Given the fact that Hillary Clinton doesn’t have a very stellar history as a strong debater, it’s hard not to reach the conclusion that the schedule was created with the desire of minimizing the risks to the presumptive frontrunner. Given the fact that the Democratic National Committee is supposed to be neutral in these matters, it’s understandable why supporters of the other candidates and those who are not exactly enthusiastic about Hillary Clinton would object.

If the pressure on Wasserman Schultz and the rest of the DNC increases in the manner that it has been over the past several months, it’s hard to see how they’ll be able to hold to their current position. Every time Wasserman Schultz appears on television now, it seems as though the debate question is one that it is inevitably brought up, and pundits and activists are beginning to talk about it on a more regular basis. If that continues, it will filter down to the public at large. At that point, it will be hard for the DNC to maintain the status quo without it appearing that they are sticking their thumb on the scale to benefit Clinton. Additionally, if Vice-President Biden gets in the race that is likely to put the entire debate question center stage, and there will likely be even more pressure on the party to permit additional sanctioned debates beyond those that are already scheduled. 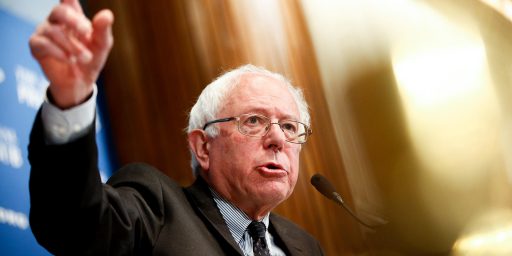