Marine Commandant James Amos is going all-out to keep gay Marines in the closet, saying allowing them to serve openly could get men killed. 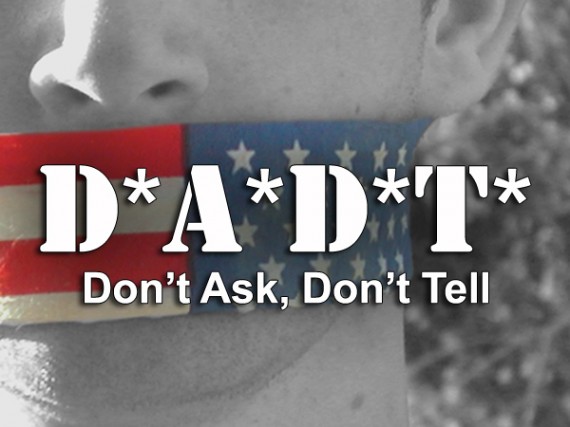 Marine Commandant James Amos is going all-out to keep gay Marines in the closet, saying allowing them to serve openly could get men killed.

The nation’s top Marine Corps officer said he could not endorse a change in the “don’t ask, don’t tell” law that could cause distractions or endanger the lives of Marines in combat.

Ultimately, the voices of forward-fighting combat Marines who worried about unit cohesion in the Pentagon’s survey swayed Marine Corps Commandant Gen. James Amos, leading him to recommend that Congress not repeal the law banning openly gay Americans from military service.  “Mistakes and inattention or distractions cost Marines lives,” he said on Tuesday, explaining how he came to his decision. “That’s the currency of this fight. I don’t want to lose any Marines to the distraction. I don’t want to have any Marines that I’m visiting at Bethesda [National Naval Medical Center, in Maryland] with no legs be the result of any type of distraction.”

By the end of the day, that statement had drawn sharp response from pro-repeal advocates, including a call for him to step down for being out of step with his own bosses.

At the White House, press secretary Robert Gibbs responded to a question about Amos’ remarks, saying that President Barack Obama was not concerned that the Marine Corps chief continues to voice his opposition to repeal after the service chiefs have testified.  “No, I mean, look, I think their views are very well-known, just as the commander-in-chief’s views are very well-known,” Gibbs said. “I think if you look at the commander-in-chief, the head of the Pentagon (Defense Secretary Robert Gates) and the chair of the Joint Chiefs (Adm. Mike Mullen), you’ll find unanimity in the belief that it’s time to do away with this policy, and that’s exactly what the President is working to do.”

Amos was the only service chief to recommend against the repeal outright in his testimony to the Senate Armed Services Committee two weeks ago. Marine Corps leaders and survey responses have indicated the service is more reluctant to support repeal than other military branches. The Army and Air Force chiefs told Congress they preferred that repeal come later, taking a softer stance, while the Navy’s chief said his service was ready to implement repeal now.

While I believe Amos is wrong about this, it’s his duty to speak out if he honestly believes the policy change would put the men under his charge in danger.  Presumably, however, this means he’ll resign his post if the change is mandated.

What’s odd about this is that Amos was just appointed Commandant in October over presumed favorite Jim Mattis — reportedly because Mattis was not on board with the DADT repeal.  Mattis went of to replace David Petraeus at CENTCOM.