The US military needs to cull and standardize its bloated award system. 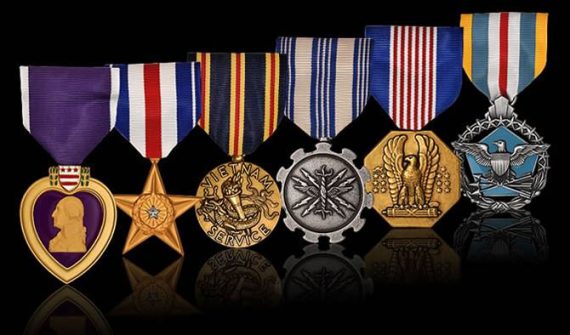 My latest for War on the Rocks, “Medal Fatigue,” has posted. The topic will likely be of little interest to those without military experience. The crux of my argument:

After a bitter controversy over how to recognize the contributions those who fly drones stateside make to the fight against global terrorism, the Pentagon is undertaking a “comprehensive review” of the entire awards system. It’s long overdue.

While details are scant on what the review board’s mission will be, it’s time for a substantial culling of the current inventory of medals and ribbons, which is bloated because of parochial service interests and the creation of a plethora of peacetime medals 30-plus years ago. Further, we need a standardization of awards, instead of the present system where the same medals and devices mean different things depending on what uniform one wears.

Given the post-Goldwater Nichols emphasis on jointness, it probably makes sense to keep the “Defense” variants of the Distinguished Service, Meritorious Service, Commendation, and Achievement medals to recognize those who have served in joint billets. But we should merge all the others into single, service-neutral awards. Similarly, there’s no reason to have service-specific Good Conduct, Overseas Service, Sea Service, and Professional Development medals and ribbons.  In addition to radically streamlining the awards list, it would have the additional benefit of making everyone’s ribbon rack recognizable to members of other services. Not only do the six Distinguished Service Medal variants, to take one example, look completely different from one another but another service’s variant is easily confused with similar-looking but completely different medals from one’s own service.

Beyond that, the Pentagon should standardize the way we recognize school completion, skill attainment, longevity, and the like.  Currently, some services award medals or ribbons for completing required schools, qualifying with a weapon, hitting time-in-service milestones, serving as a drill instructor, and so forth while others instead award badges or service stripes or offer no recognition at all. My instinct is that medals and ribbons should be reserved for special achievement, rather than meeting required standards. Regardless, however, all services should recognize the same accomplishments in the same manner, preferably with identical ribbons and badges. In addition to preventing, say, an airmen from having twice the ribbons as a Marine with comparable achievements, it simply makes sense to have both be able to instantly recognize the other’s achievements.

Aside from needing streamlining and standardization across services, the American military has a serious case of medal proliferation.

My contemporaries who remained in, colonels now, look like South American field marshals. The Army has been in so many engagements in the last twenty years, each with their own campaign medals and associated foreign awards, that I no longer recognize many of the awards being worn by today’s soldiers. And, of course, they never got rid of all those medals they created for the peacetime military of 1981.

Hagel’s commission is unlikely to radically reverse this. We’re not going to take medals and ribbons away from those who have them now and admitting that most of the ones we do have are of low value risks hurting the feelings of those who wear them. But consolidating, streamlining, and standardizing our awards system would at least make it more fair and transparent.

In between those passages is a lot of detail that will either interest or bore you depending on whether you care about the subject. 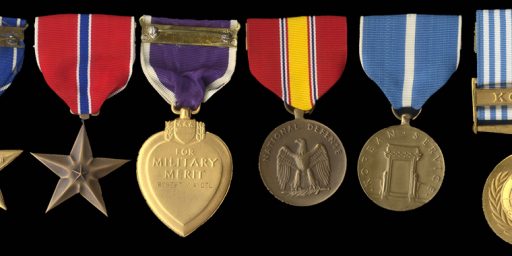