In testimony before the House Budget Committee yesterday, Alice M. Rivlin, who was President Bill Clinton’s budget director, suggested splitting the plan, implementing its immediate stimulus components now and taking more time to plan the longer-term transformative spending to make sure it is done right.

Time and again, in all types of federal programs, a noticeable lag has occurred between sharp increases in budget authority and increases in outlays. On the basis of such experiences, CBO expects that federal agencies, along with states and other recipients of that funding, would find it difficult to properly manage and oversee a rapid expansion of programs to expend the added funds as quickly as they expend the resources provided for their existing activities.

Lags in spending stem in part from the need to draft plans, solicit bids, enter into contracts, and conduct regulatory or environmental reviews. Spending can be further delayed because some activities are by their nature seasonal. For example, major school repairs are generally scheduled during the summer to avoid disrupting classes, and construction and highway work are difficult to carry out during the winter months in many parts of the country.

Brand new programs pose additional challenges. Developing procedures and criteria, issuing the necessary regulations, and reviewing plans and proposals would make distributing money quickly even more difficult—as can be seen, for example, in the lack of any disbursements to date under the loan programs established for automakers last summer to invest in producing energy-efficient vehicles. Throughout the federal government, spending for new programs has frequently been slower than expected and rarely been faster.

Must be another right wing hack.

Are those two criteria all that outrageous? I don’t think so. I don’t want to spend nearly a trillion dollars to find out, in the end it did nothing and even worse that is was a pork laden boondoggle.

And here is Elmendorf on the size of the stimulus,

As the Congress considers fiscal stimulus legislation, one important issue is the appropriate amount of stimulus. One way to calibrate the amount of stimulus is to attempt, through fiscal policies, to completely close the gap between actual and potential output. Given the size of the gap currently projected by CBO, achieving that goal would require stimulus on an overwhelming scale.

Such a huge package could be undesirable for at least three reasons. First, in addition to fiscal stimulus, monetary and financial policies will probably be used to help bolster the broader economy. Second, increases in near-term budget deficits can have negative consequences for the long-term fiscal imbalance, especially if some of the stimulative policies become permanent (even if they were initially intended to be temporary). Finally, it may be difficult in practical terms to scale up stimulus spending and tax cuts to an arbitrarily high level.

In other words, we could scale back parts of the fiscal stimulus currently being considered, or at least put them off. Trying to rush the legislation through will likely result in bad legislation with lots of money being wasted and it probably still wont do much good in regards to the current recession. By the time most of the money is released the recession will likely be over (i.e. 2010). When the recession is over and the economy is starting to expand there is less need for fiscal stimulus and monetary policy may be the best policy tool at that point. 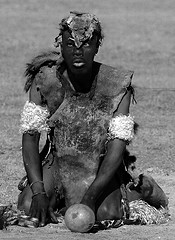