Somber news from a survey conducted by the U.S. Chamber of Commerce: 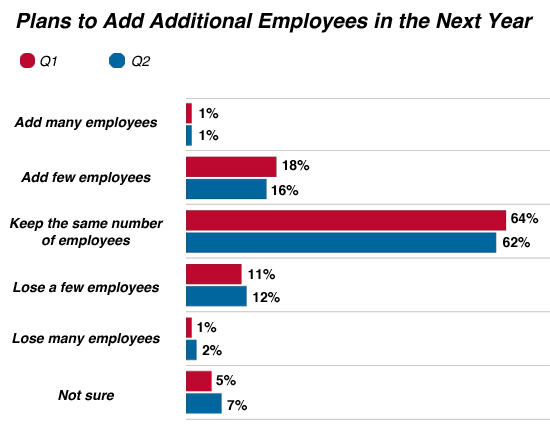 And, not surprisingly, these same business owners list economic uncertainty, and uncertainty over what Washington is going to do, as the primary reasons they are holding back on expansion: 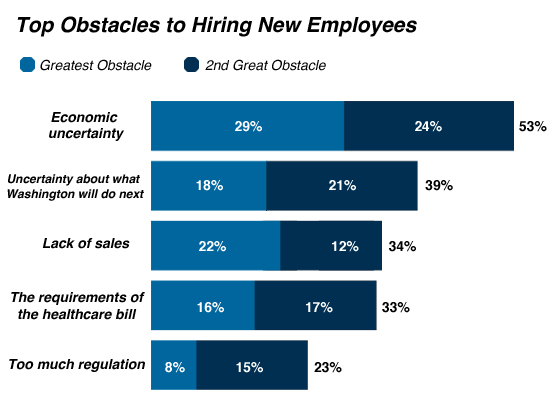 Republicans are probably disappointed to see “too much regulation” so far down the list since it’s a meme they’ve been pushing lately. On the same account, Democrats are likely disappointed that “Lack Of Sales,” the traditional Keynesian mantra is only listed third.