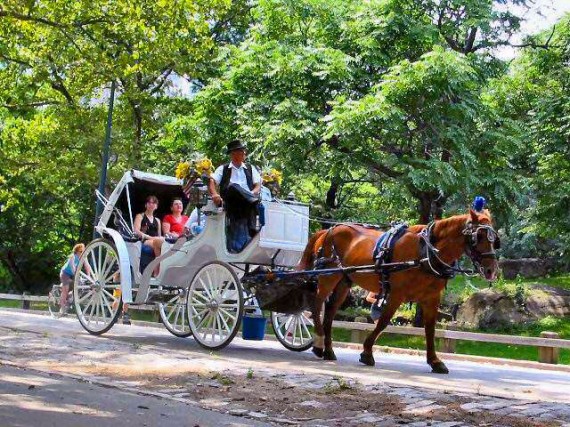 Horse-drawn carriages could soon be a thing of the past in New York City’s Central Park after Mayor-elect Bill de Blasio announced plans to outlaw the popular tourist attraction once in office.

“We are going to get rid of horse carriages, period,” de Blasio said at a news conference Monday, saying that the practice is inhumane.

“Horses do not belong in a congested, urban setting,” NYCLASS states on its website. “They constantly breathe exhaust while dodging dangerous traffic … confined to the shafts of their carriage and their tiny stable stalls, with no access to green pastures.”

Steven Malone, a horse-carriage driver since 1987, said that allegations of horse abuse are “ridiculous.”

Malone said that horses would be sent to paddocks, where they would have less interaction and exercise and would be far less happy.

Malone also disputed claims that horses are overworked, saying that all horses get at least five weeks of vacation time, and some get up to six months.

De Blasio and NYCLASS favor replacing the horse carriages with electric antique cars driven by the same carriage drivers, which would be more humane and still be appealing to tourists, de Blasio said.

“You can’t create tradition. You can’t create kids coming with smiles on their faces to pet the horses,” Malone said. “You’re not getting that with an electric car… Kids can’t pet fenders.”

There have also been reports that some of the horses could end up being put down if they’re unable to be used in New York.

Frankly, this whole thing strikes me as monumentally silly. Having been in New York many times, and spent time in Central Park, it was never apparent to me that these horses were being mistreated in any way. And, hey, five weeks to six months of vacation time sounds pretty darn good to me. 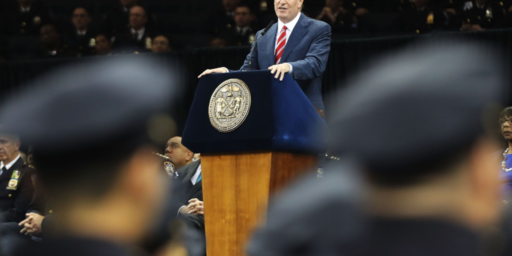