The power is out in a lot of cities that I don’t live in. Now, I understand why this is a big deal. On the other hand, it’s not THAT big a deal. Basically, it’s out. They know why it’s out. They’re working on it. Why do we need 9/11-style wall-to-wall coverage on this on every TV and radio station in the country?

More to the point, why must I miss the Simpsons re-run that I watch from 6-6:30 until the interesting part of Fox Special Report comes on? For this:

Reporter 1: Man, it’s sure dark here in New York at 6 in the evening when you’re underground and there’s no power.

Anchor: Wow! Is it dark?

Reporter: Yes. Very dark. And, it’s a little hot, too, because the air conditioning is out.

Reporter 2: Man, it’s sure dark here in Cleveland at 5 in the evening. We’re apparently having a total solar eclipse, plus the power’s out.

Anchor: Wow! Is it dark?

Reporter: Yes. Very dark. And, it’s a little hot, too, because the air conditioning is out. And the computers are out, too! Apparently, they all run on power.

Anchor: I did not know that! 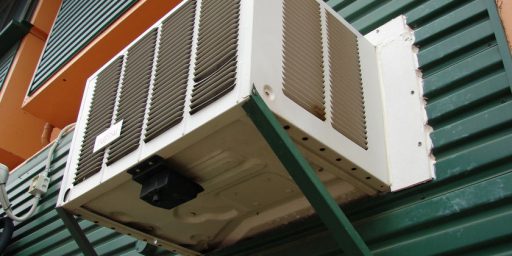