It's hard to caucus away from home. 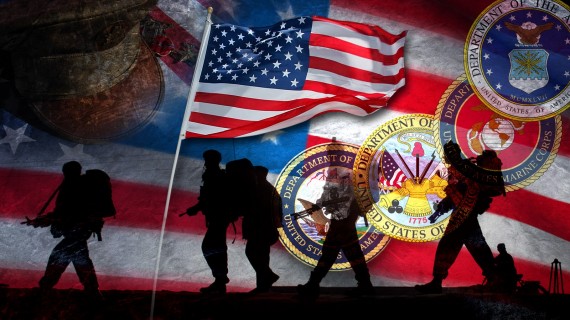 In order to vote in the Democratic caucus in Nevada, military service members stationed abroad and their families must pre-register online a week before the event. After registering, they will receive a phone number. Then, on their own dime, they must call the number at noon on Saturday.

“International calling rates and fees may apply,” the state Democratic website warns, with an asterisk.

The Americans stationed abroad would then need to loiter on the call for as long as the caucus takes—potentially hours—until the caucus had completed, regardless of their military duties or schedules.

“Participants must be logged in at this time and stay on the entirety of the call to register their presidential preference,” according to the Nevada Democratic Party, something which has come under fire from Republicans.

“Essentially, the Democrats’ plan requires overseas military personnel to wake up in the middle of the night, find a commercial phone, call in to the caucus, and then stay on the line for one or two or three hours to have their presidential preference registered,” said Bob Carey, the director of military and veterans outreach for the Republican National Committee.

Democrats pushed back: The Nevada caucus process should only take about 30 minutes, not hours, according to the DNC. And they also pointed out that their caucus day was on a weekend, unlike Republicans, who are holding their caucus on a weeknight.

My initial reaction to this was that this is simply the nature of a caucus. But, in this case, both sides don’t do it. At least, not anymore:

But at least for military service members stationed abroad, the Nevada Republican caucus is much simpler: It simply requires troops and their families to request an absentee ballot online and submit it by the evening before the GOP caucus.

“We’re proud of our state Democratic Party in Nevada… making it easier for our men and women in uniform and their families to participate in the electoral process,” pushed back Democratic National Committee spokesman Eric Walker. “The Nevada state Democratic Party’s first-ever Military and Overseas Tele-Caucus is an example of our commitment to protecting and expanding the right to vote for every American.”

The DNC said approximately 90 individuals signed up for their “tele-caucus” in Iowa, and a similar number signed up for Nevada. Republicans could not provide figures for their Nevada caucus pre-registration.

During their 2012 convention, Republicans adopted a national rule requiring every state with a caucus or convention to guarantee some way for active-duty military and disabled veterans to participate.

“The Democratic Party adopted no similar rule for the 2016 presidential nomination process. I urge them to do so for the 2020 cycle and beyond, when the Democrats meet in convention this summer,” said Sam Wright, a retired U.S. Navy captain who has been advocating for military voting rights for 40 years.

Still, this is largely a non-story. The very decision to hold a caucus, which is a very labor-intensive and intrusive means of selecting delegates, disenfranchises all but the most committed voters. As best I can figure, that’s the whole point. The Republicans’ hybrid system actually strikes me as bizarre. If you want to encourage maximum participation from those unable to get to the polls at a specific time, hold a primary rather than a caucus.

Additionally, while I’m a veteran and son of a veteran who teaches military officers for a living, it’s not obvious to me why military personnel—let alone their families—are especially aggrieved here. While the optics of disenfranchising soldiers deployed to active combat zones is obviously bad, I’m not sure why those assigned to Fort Dix or Okinawa are in any different boat than a businessman who happens to be out of state trying to earn a living, much less a Doctors Without Borders or Red Cross volunteer in a conflict zone somewhere.