A North Carolina bureaucrat retired rather than honor Jesse Helms.

L.F. Eason III gave up the only job he’d ever had rather than lower a flag to honor former U.S. Sen. Jesse Helms.

Eason, a 29-year veteran of the state Department of Agriculture, instructed his staff at a small Raleigh lab not to fly the U.S. or North Carolina flags at half-staff Monday, as called for in a directive to all state agencies by Gov. Mike Easley.

When a superior ordered the lab to follow the directive, Eason decided to retire rather than pay tribute to Helms. After several hours’ delay, one of Eason’s employees hung the flags at half-staff.

The brouhaha began late Sunday night, when Eason e-mailed eight of his employees in the state standards lab, which calibrates measuring equipment used on things as widely varied as gasoline and hamburgers.  “Regardless of any executive proclamation, I do not want the flags at the North Carolina Standards Laboratory flown at half staff to honor Jesse Helms any time this week,” Eason wrote just after midnight, according to e-mail messages released in response to a public records request. He told his staff that he did not think it was appropriate to honor Helms because of his “doctrine of negativity, hate, and prejudice” and his opposition to civil rights bills and the federal Martin Luther King Jr. holiday.

Retiring in protest is, of course, his right as an American. Ordering civil servants to disobey the lawful order of the Governor?  Not so much.

One can understand antipathy to Helms.  Regardless, however, Helms is entitled to this treatment as a former United States Senator. Period.  Goodness, Richard Nixon got a state funeral and had flags lowered for a month — the protocol for the death of United States Presidents, sitting or past — despite having to resign in the face of sure criminal charges.  Helms, so far as I’m aware, broke no laws.

Amusingly, it turns out that Eason was spared having to quit before being eligible for a retirement pension:

A registered Democrat who frequently votes a split ticket, he said he had no problems lowering the flag for former Sen. Terry Sanford or President Reagan. But he remembers wondering whether he would be willing to lower the flag after President Nixon’s death. He never had to make that decision, since it rained both days.

Lucky for him they apparently haven’t heard of all-weather flags in the  Tarheel State. 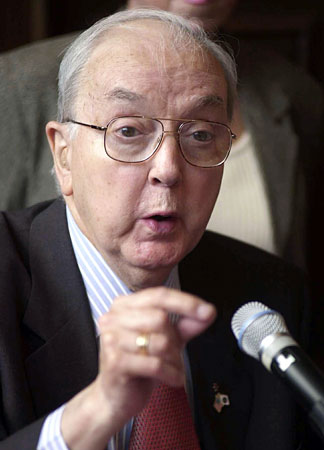 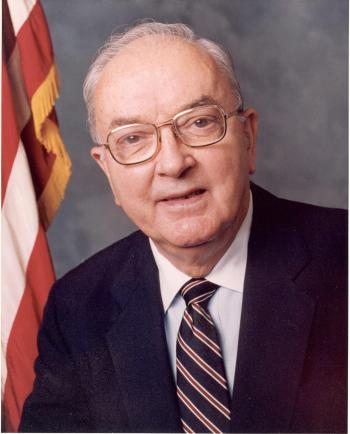