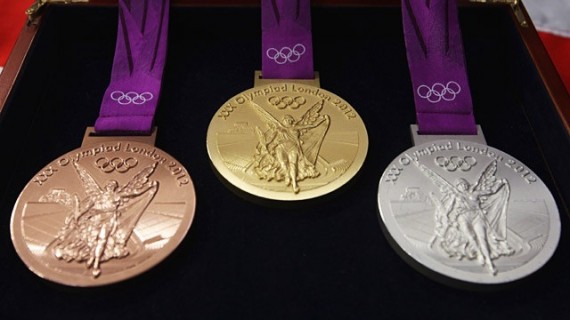 There’s not much real gold in a Gold Medal:

If the Olympic gold medal was made of real gold, it would be worth a small fortune.

This year’s medals weigh between 375 and 400 grams, CoinWeek reports. They are the largest and heaviest medals in Olympic history. If the gold medal contained 400 grams of actual gold, it would be worth nearly $21,000 (using a spot gold price of $52.20 a gram).

But it’s been 100 years since the Olympic games gave solid gold medals to victorious athletes. Now, the gold medal is a mere 1.34% gold and 92.5% silver, with the rest made up of copper, according to Dillon Gage, one of the country’s largest precious metals dealers.

Given the price of gold these days, this isn’t entirely surprising.