Pollster Glen Bolger (a founding partner at my wife’s firm) looks at the data in the Virginia governor’s race and concludes that Barack Obama hurt Democrat Creigh Deeds.

At the end of tracking, we added some questions paid for by the Republican National Committee specifically to measure the Obama effect.

The dominant national issue at that time (and still) is health care. Only 44% of likely voters support the Obama plan, while 50% oppose it. Intensity is strongly against — 29% strongly favor/42% strong oppose. The question was worded:

“I’m going to read you two statements, and please tell me which one comes closest to your opinion.

Some/Other people say it is more important to elect a Governor who will help President Barack Obama implement his agenda.

Other/Some people say that it is more important to elect a Governor who will serve as a check and balance to President Barack Obama.”

Voters opted for the check and balance by a 55%-35% margin. Independents (who voted for Obama by one point in 2008 in Virginia) opted for a check and balance by an overwhelming 58%-25% margin. Throughout our tracking, we regularly found open-ended comments from Independent voters saying they wanted to balance the overwhelming power that the Democrats have in Washington. Given the absolute power the Dems have in DC, that is a very strong message for GOPers running in 2010.

We tested the impact of the Obama endorsement — 24% said they were more likely to vote for Deeds, while 32% were less likely. The minus eight increment on that can not be encouraging to the White House.

Finally, we tested a simple agree/disagree: “Creigh Deeds’ policies are too close to the policies of President Barack Obama.” Fully 52% agreed and only 30% disagreed. By intensity, 30% strongly agreed and only 9% strongly disagreed. Revisionists on the left are blaming Deeds for not embracing Obama enough, but Virginia voters did not agree. Among Independents, it was 52% agree/28% disagree.

His bottom line is that Obama’s “policies have put fiscal and economic messages back into play for Republicans.”

Presumably, by 2010, it will be even harder for Democrats to run against George W. Bush or the Republican Congress of 2006.  The degree to which Obama will be an asset or a liability to his party will, of course, depend on intervening events.  If we’re still looking at 10 percent unemployment next November, it’ll almost certainly be the latter.

Creigh Deeds One Year Later, And The Problems With Mental Health Care In The U.S. 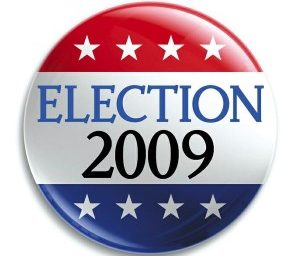