Andrew Sullivan points to this chart from RCP showing the President’s job approval over the past six months: 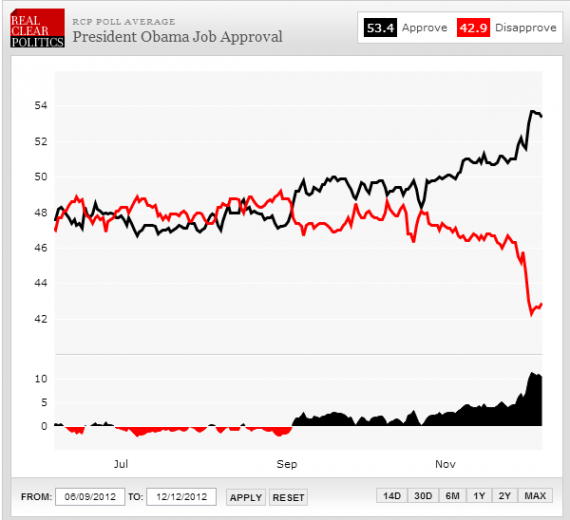 The President’s job approval is nearing the levels it was at in the wake of the death of Osama bin Laden and it’s likely to rise some more as we approach Inauguration Day. By way of comparison here’s where things stood for the President on December 12, 2010: 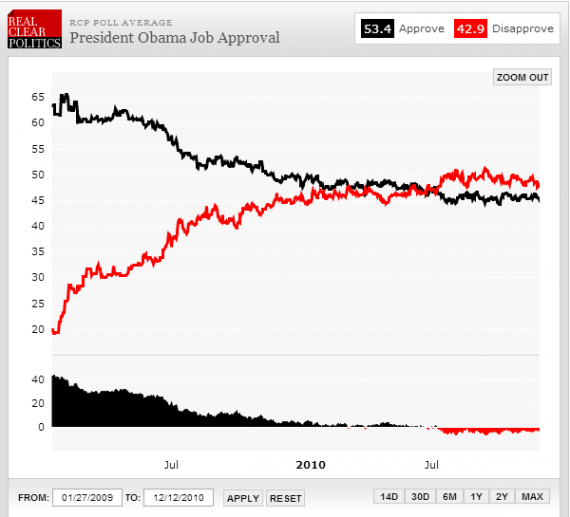 Once again, Republicans, you’re not dealing with the same political reality this time around.