While John Cole agrees with the substance of my mild criticism of our food stamp policies, he thinks “we can’t do anything about it.”

I’m sure the House could pass a bill containing a small stipend for Americorps volunteers- in fact, I bet it would get a good bit of support. Likewise, I bet almost all the Democrats and even some Republicans in the Senate would be in favor of passing that bill.

Except the bill would never pass, and I’m surprised James does not recognize that he is operating in a fantasy world. Once the bill hit the Senate, the fun would begin. Even though in the past there were probably numbers of Republicans who supported Americorps, the large majority of them would just flat out say no. Wanting to negotiate in good faith, the Democrats slow down the debate to give the Republicans time to participate. Susan Collins and Olympia Snowe would work for a couple weeks with Senate leadership, get a couple things they want in the bill, then sigh and utter their public regrets that they just can not support the bill. While this is happening, the media blitz starts.

He goes on for several paragraphs, imagining how news cycle would evolve.

I’ve got to admit, the current climate is so screwed up that this may be right.   I continue to hold out hope that we could pass these sort of corrective bills as stand-alone legislation.

Among our many problems is the tendency in recent years towards omnibus bills, which provide excuses for voting them down by their sheer vastness.  Indeed, Dave Schuler recently argued during one of our OTB Radio conversations that the Democrats should have taken that approach to health care reform.   The Republicans can get away with obstructionism because, in their states and districts, there’s plenty of animus against “ObamaCare” and various parts of it — but parts of the proposed reform package would be wildly popular even in safe Republican seats and they wouldn’t dare vote against these measures on their own.

But, again, I’m not as certain of this as I once was.  Is John right:  Has the noise machine gotten so prolific that it drowns out any good legislation? 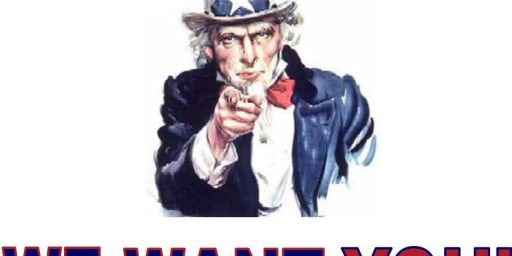 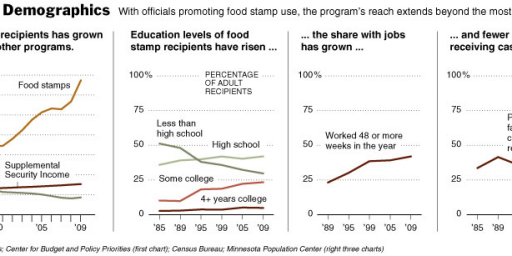