The Who Let The Dogs Out Edition OTB Caption ContestTM is now over.

The Who Let The Dogs Out Edition OTB Caption ContestTM is now over. 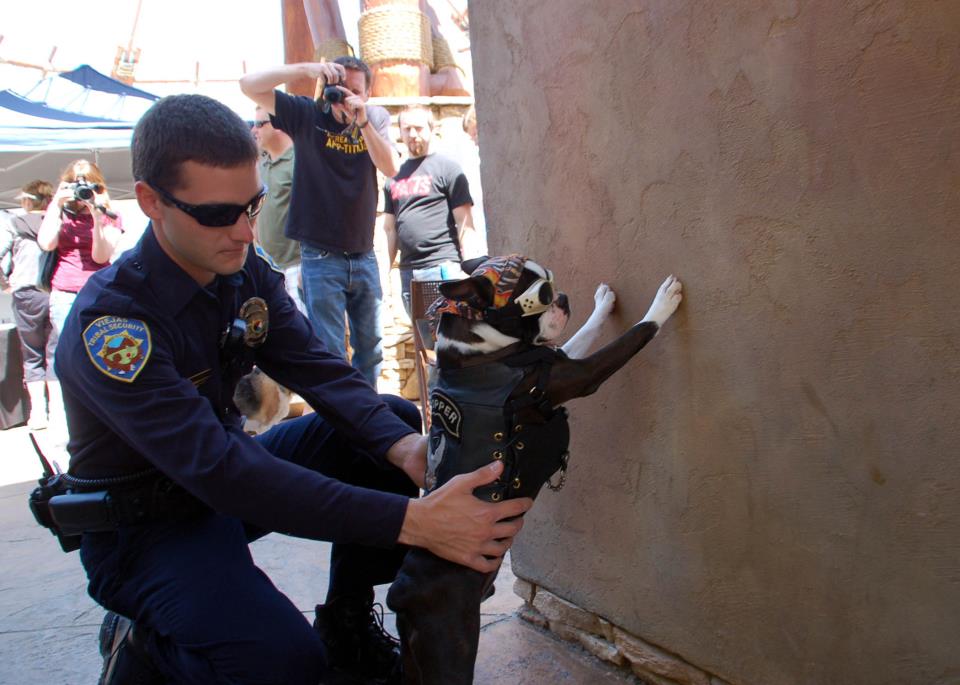 JKB – Hey, shouldn’t a canine officer be doing that frisk?

Paul Hooson – “Just like the old George Thorogood song…..Bad To The Milkbone”.

“When Jay shows up you’re gonna be neuralized.”

Just another day in the Global War On Terriers.

Spike would go to extraordinary measures to get his belly rubbed.

“Hey, be coprophagic and die Copper.”

“Whaddya mean, ‘Why’d I run?’ Someone yelled ‘SQUIRREL,’ of course.”

The Monday Contest Can’t see the ‘scape for the scapegoats.