The Slowly I Turned Edition OTB Caption ContestTM is now over.

The Slowly I Turned Edition OTB Caption ContestTM is now over. 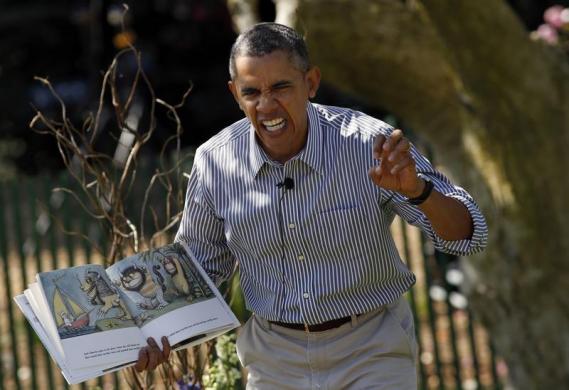 First: Pinky – Where The Wild Claims Are

Second: al-Ameda – “This will make the OTB caption contest for sure, right”?(That, or Obama bowing to Asimo. – rodney)

He who must not be named – President Obama introduces the rabbit of Caerbannog into Max’s story.

OzarkHillbilly – Obama doing his best Ted Cruz impression. (I do not like Green Eggs and Ham, I do not like them Obam I am. – rodney)

Mu – And then the President stepped on a lego.

What we have here is no failure to pontificate.