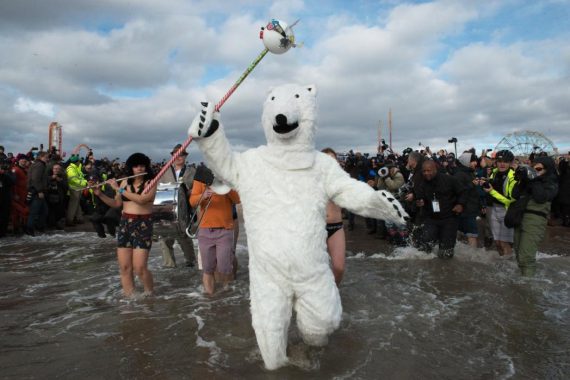 First: Jc – Fresh out of rehab the Coca-Cola Polar Bear is spotted plunging into another partying binge

Second: DrDaveT – A well-ordered militia celebrates the right to keep and arm bears.

Third: Guarneri – Today the Clinton campaign released evidence from a poorly made Youtube video alleged to have caused the spontaneous rampage of polar bears on the US Embassy in Benghazi…

edmondo – Debbie Wasserman Shultz was under renewed criticism after the final Democratic presidential debate was held at the Artic Circle. The winner was “some white dude”.”

Franklin – Play me some Tull!

markm – DATELINE NORTH POLE:”With all the sea ice melted due to Climate Change, Fred the EPA Climate Bear leads some over served bipeds to their certain grizzly death…..”

Mu – The casting call for “The 14th warrior” was well attended.

Unfortunately for all involved, Ned was a Bi-Polar bear, and when his mood cycled the ensuing blood bath was epic.

Watch out where the huskies go… don’t you eat that yellow snow.