The One for All, and All for Me Edition OTB Caption ContestTM is now over.

The One for All, and All for Me Edition OTB Caption ContestTM is now over. 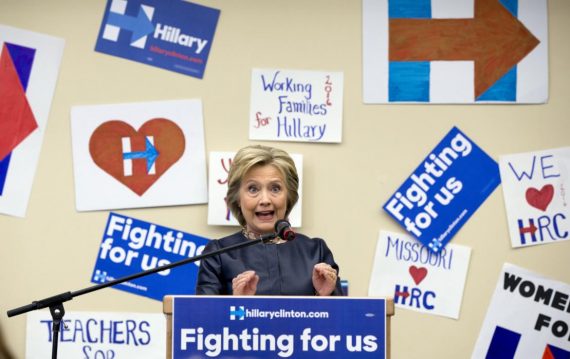 First: Tyrell – “This is my how I will defeat ISIS”

Third: RockThisTown – “I promise that when I use a private server, it won’t be any bigger than this.”

Moosebreath – Hillary chooses a logo designed to make sure everyone knows she is ready to move to the right.

edmondo – What’s the biggest lie since “Hope and Change”?

CSK – “Looks like I picked the wrong week to quit sniffing glue.”

OzarkHillbilly – So where are the winners?

Franklin – I’ve got a little black box with my poems in it.

Paul Hooson – “….And, if not for the leg irons, this would be an easier campaign…”

“Trump should not advocate fighting… that’s being a Bully… but I’m really gonna fight for you! That’s different.”

Where will you be when your laxative kicks in?