The Ramming Speed Edition OTB Caption ContestTM is now over.

The Ramming Speed Edition OTB Caption ContestTM is now over. 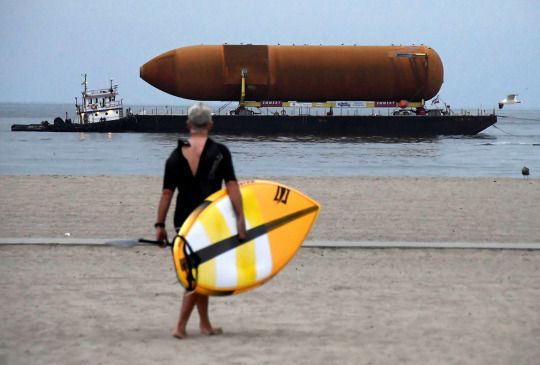 First: RockThisTown – The USS Anthony Weiner being prepared for its maiden voyage.

Second: Kylopod – “My crayons are yuuuuuuge.” (must be compensating for something – rodney)

Third: Jenos Idanian – In a stunning demonstration of performance art, Christo arranges for a special delivery to Liberty island, where this will be… introduced to the Statue of Liberty. The artist says it symbolizes the 2016 presidential election.

Hal_10000 – The press were shocked to find that the event involving a giant orange explosive container of hot gas was not, in fact, a Trump appearance.

Guarneri – Peering out the front window, it was a Captain’s sixth sense that told him. “Don’t yell fire!”

Ivana Trump: “No, Not really. Donald is more a canoe with a hot water heater.”

Another delivery of hot air to Washington D.C.

Hillary begins to wonder just how many D-cells it takes.

Kim Jong-Un: “Now where did I leave the Illudium pu-36 explosive space modulator.”