The Who Moved My Cheese? Edition OTB Caption ContestTM is now over.

The Who Moved My Cheese? Edition OTB Caption ContestTM is now over. 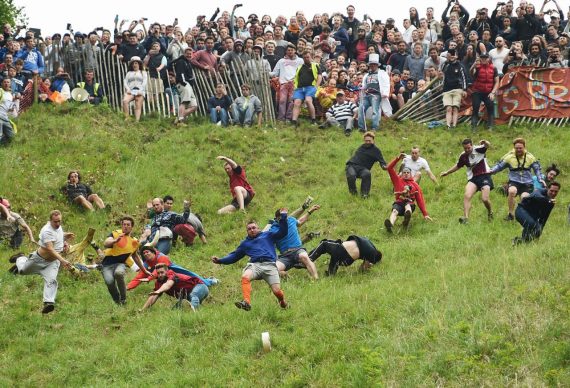 Second: Jenos Idanian – Bernie Sanders delegates demonstrate their proposed system to choose the nominee at the convention, which they say is fairer and more democratic than the “superdelegate” system.

Third: Mu – The Canadian border was overrun as soon as CNN called Florida and Pennsylvania for Trump.

john430 – Democrats will run after anything that’s labeled “free.”

Tyrell – “Reporting from the Iowa caucus”.

Franklin – Hillary falls down and breaks her crown, and Bill comes tumbling after.

Dazedandconfused – A herd of Trumpeters encounter a cliff.

Becoming as maligned as Jar-Jar Binks, the assassin from the next Star Wars sequel, Gouda Fett, eludes capture in a chase scene trailer.

“Lemuels marching into the sea.” – B. Kliban