The Where's The Beef? Edition OTB Caption ContestTM is now over.

The Where’s The Beef? Edition OTB Caption ContestTM is now over. 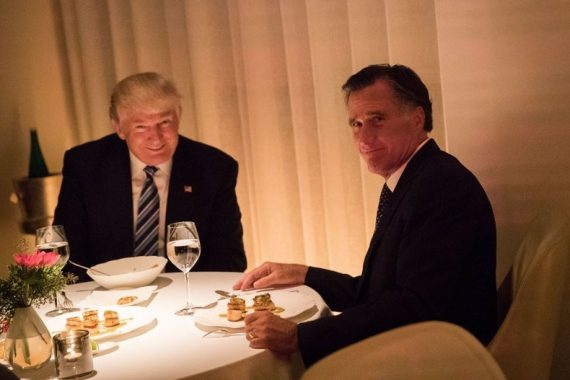 First: James Pearce – So I hear you have binders full of women…

Third: fustian24 – Later, Romney remarked: “He looked at me like I was a side dish he hadn’t ordered…”

Guarneri – Just one last question before we end the interview, Mitt. Ginger, or Maryanne?

OzarkHillbilly – How are the Mitt balls in marinara?

RockThisTown – “Mitt, of course, if I hire you, I’ll have to see your birth certificate.”

Franklin – The Donald has just informed Romney what the special sauce is.

Mitt(whispering): “help me… help me…”

“I think you ate more than half the oysters we split, Donald.”
“I demand a recount.”

Where will you be when your laxative kicks in?