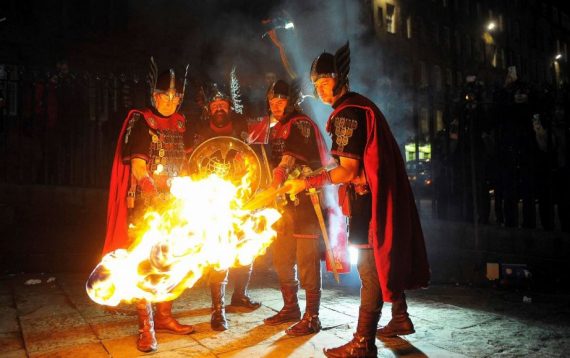 First: Tony W – Responding to his clear expertise in cyber-security, the Secret Service destroys one of Trump’s courier’s scrolls after delivery.

CSK – For the inaugural festivities, Trump’s most ardent supporters plan a “burn it all down” parade float.

Mu – It took 2000 years for self-heating MREs to be perfected.

Lorg Skyegon – Unfortunately, the nasty burns led the soldiers quite Thor the next day.

Guarneri – At the 15th annual convention of the 911 truthers a small group once again attempt to demonstrate how the girders couldn’t melt.

The four Norsemen of the Trumpocalypse, Odin, Thor, Loki,…. and Bob.

It took early Jedi many years to master their newly invented light sabers.

In the Olden Days, before the invention of eruptions, lava had to be carried down the mountain by vikings to be thrown on the angry villagers…. This took a lot of time.