The Four Red In Ohio Edition OTB Caption ContestTM is now over.

The Four Red In Ohio Edition OTB Caption ContestTM is now over. 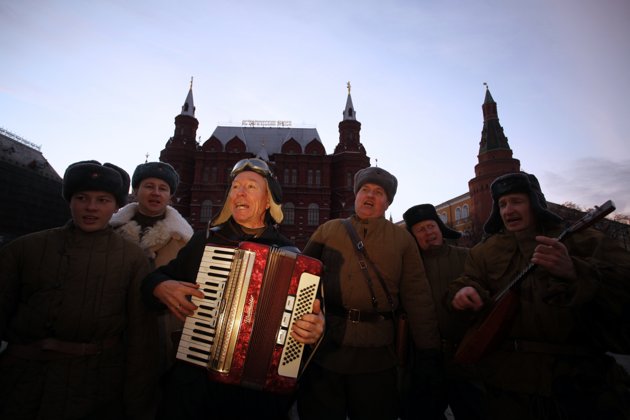 Third: Moderate Mom – Due to complaints from the residents near Zuccotti Park, OWS has replaced the drum circles with a Polka band.

physics geek – “Someone once told me ‘Play any musical instrument you can get your hands on and women will love you.’ I wish to kick that bastard in the balls right now.”

David – This song could use some more cow bell.

Sorry Ozarkhillbilly, I’ll find a banjo picture next time… or not.

The Thursday Contest was already hoping to build on the promises of future success.