The great author Pat Conroy has died, aged 70, after a long battle with pancreatic cancer. 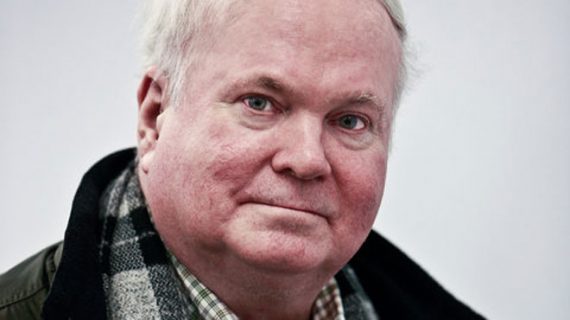 The great author Pat Conroy has died, aged 70, after a long battle with pancreatic cancer.

Pat Conroy, author of “The Prince of Tides” and “The Great Santini,” has died.

Conroy died at his home Friday in Beaufort, South Carolina, surrounded by his loved ones, his publisher said. The cause of death was pancreatic cancer.

“The water is wide and he has now passed over,” said his wife, novelist Cassandra King Conroy

“South Carolina lost a beloved son tonight. Pat Conroy will be missed,” she said. “We can find comfort knowing his words and love for SC will live on.”

Pat Conroy, whose tortured family life and the scenic marshlands of coastal South Carolina served as unending sources of inspiration for his fiction, notably the novels “The Great Santini,” “The Lords of Discipline” and “The Prince of Tides,” died on Friday. He was 70.

His death was confirmed by Todd Doughty, the vice president, executive director of publicity at Doubleday. He said the cause of death was pancreatic cancer.

Mr. Conroy had a brutal childhood. He was dominated by his sadistic father, Donald, a Marine Corps fighter pilot who beat his wife, drilled his seven children military-style to instill discipline and mercilessly abused his sons, first and foremost Pat, his eldest.

His mother, the former Frances Dolores Peek, known as Peg, was a gauzy romantic who denied her impoverished background and read “Gone With the Wind” to Pat at bedtime, casting family members in the starring roles. She taught her children to lie about the physical punishment meted out by their father.

Mr. Conroy mined the people, the places and the emotional trauma of his childhood and young manhood for his thinly fictionalized novels and a series of memoirs that captivated readers with their openly emotional tone, lurid family stories and lush prose that often reached its most affecting, lyrical pitch when evoking the marshlands around Beaufort, S.C.

Some critics found him long-winded and purplish. “Inflation is the order of the day,” Richard Eder wrote of “The Prince of Tides” in The Los Angeles Times. “The characters do too much, feel too much, suffer too much, eat too much, signify too much and above all talk too much.”

Mr. Conroy’s legion of admirers, however, hung on his every word, entranced by the naked emotionalism of his male characters, the Lowcountry atmosphere and the page-turning Southern yarns.

Lords of Discipline was the first of his books that I encountered, reading it as a young cadet in 1984, and easily the one that resonated most with me. As is often the case with great art, the incredibly bitter fictionalized account of Conroy’s brutal experiences at The Citadel were filtered through the romantic worldview of myself and my fellow 18-year-olds and into something much more benign and flattering.