Paula Deen Has Diabetes; Will Get Rich From That, Too

Paula Deen — the queen of high-calorie, Southern cooking — is about to come clean and confess that she can’t eat her own dishes anymore because she has diabetes.

The Georgia-born chef — a Food Network star who has written five best-selling cookbooks — has been trying to keep her condition a secret, even after the National Enquirer reported in April that she has Type 2 diabetes, which is often associated with fatty foods and obesity.

Sources say Deen, 64, who never addressed the diabetes question, has worked out a multimillion-dollar deal to be the spokeswoman for a pharmaceutical company and endorse the drug she is taking.

Novartis, the drug company she is said to be working for, declined to respond to Flash’s questions, as did Deen’s agent and Deen herself.

“Paula Deen is going to have to reposition herself now that she has diabetes,” said one source. “She’s going to have to start cooking healthier recipes. She can’t keep pushing mac and cheese and deep-fried Twinkies when she is hawking a diabetes drug.”

Deen has faced withering criticism for the high amounts of fat, salt and sugar in her dishes. When Deen’s cookbook for kids, “Lunch-Box Set,” was published in 2009, Barbara Walters asked her, “You tell kids to have cheesecake for breakfast. You tell them to have chocolate cake and meatloaf for lunch. And french fries. Doesn’t it bother you that you’re adding to this?”

Last August, “No Reservations” host Anthony Bourdain called Deen “the worst, most dangerous person to America” and said she should “think twice before telling an already obese nation that it’s OK to eat food that is killing us.”

That’s a bit harsh. But, yeah, it’s one thing to indulge in the occasional treat and quite another to eat nothing but garbage. It’s a pretty sweet deal, though, to go from making millions helping contribute to the diabetes epidemic to making millions from hawking a treatment. 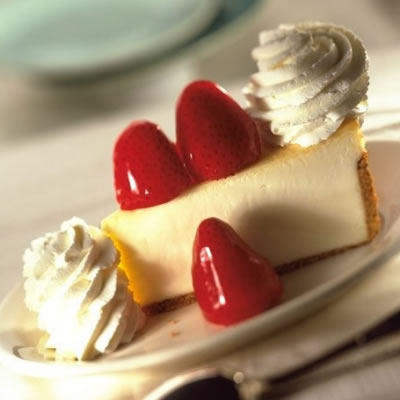