Two thirds of us are overweight but we still think fat people are pigs.

Two thirds of us are overweight but we still think fat people are pigs.

[N]ew research, headed by Robert A. Carels at Bowling Green State University, reveals that individuals are very likely to form an immediate negative impression toward the obese. With 68 percent of Americans overweight, we are apparently becoming increasingly self-loathing about our “weighty” condition.

In the study, to be published in the academic journal Body and Image, 308 participants rated personality attributes for virtual male and female figures with a body mass index of 18.5 (normal), 25 (overweight), 30 (obese) and 40 (extremely obese). They completed multiple sets of ratings and agreed or disagreed with sample statements like, “People like this make me feel uncomfortable,” “I’d like to be friends with someone like this,” and “I’d like to socialize with someone like this,” among other statements. 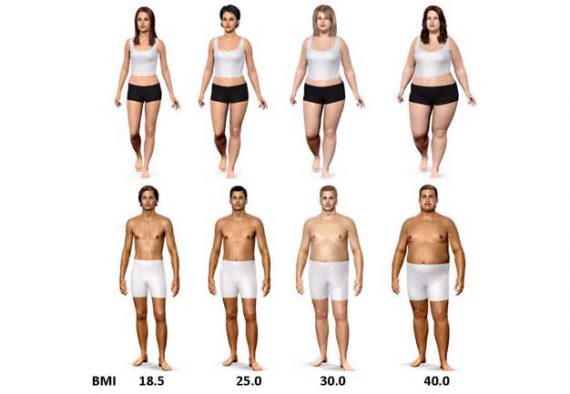 Researchers found a surprising number of participants disliked the obese and extremely obese figures. The correlation was especially strong among individuals who believed that body weight was “controllable” (meaning that, with discipline and time, a person can lose excess fat). This finding was in keeping with prior studies and, according to Bowling Green State University researchers, the results seem to indicate that Americans’ well-documented “anti-fat” bias is coupled with a pervasive “pro-thin” mentality.

But we already knew that — if you were a participant in a lab setting, who would you rate more favorably: the fatter or fitter figurine?

The last thing the obese seem to need is more researchers acting shocked that Americans prefer thin people over fatter ones. Still, participants didn’t merely exhibit a preference for thin figures and indifference to obese ones — they showed active dislike toward these theoretically obese. That finding, while regrettable, is enlightening.

“Generally speaking, we tend to ascribe positive traits to those people we find attractive, whether they are deserving of such praise or not,” posited Carels. ”We likewise often degrade those people we find unattractive, whether they are deserving of our ill feelings or not. Perhaps whatever is driving our love for thinness is also driving our contempt for fatness.”

One silver lining in the study may be that participants disliked both the male and female obese figures rather equitably. Although we apparently have an “anti-fat” bias, we’ll take pains to dislike all obese people equally — regardless of gender.

The use of the Body Mass Index to define “normal,” “overweight,” and “obese” skews the numbers. At 6’1″ and 204 pounds, I’m somewhat out of shape. According to the BMI calculator, though, I’m well into the overweight range. Indeed, I was just barely within the “normal” range as a 188 pound ROTC cadet. Let’s just say that the 68 percent figure is grossly inflated.

As to the main research finding, isn’t exactly surprising. The obesity epidemic in America is relatively recent, so it’s hardly shocking that we haven’t reprogrammed our biological instincts on body image.