Prejudice and negative attitudes towards obese individuals is becoming a global norm, not just an American phenomenon. 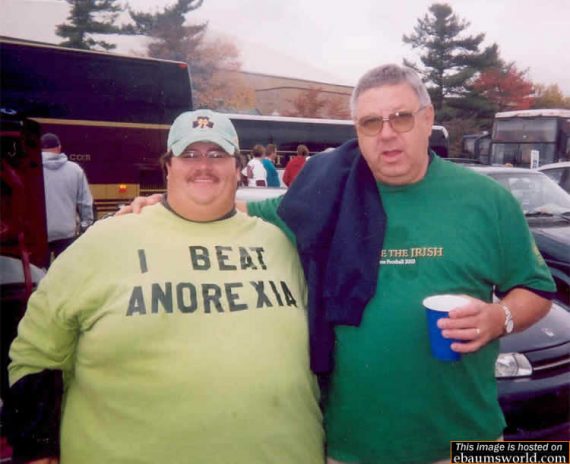 Prejudice and negative attitudes towards obese individuals is becoming a global norm, not just an American phenomenon.

At a time when global health officials are stepping up efforts to treat obesity as a worrisome public health threat, some researchers are warning of a troubling side effect: growing stigma against fat people.

“Of all the things we could be exporting to help people around the world, really negative body image and low self-esteem are not what we hope is going out with public health messaging,” said Alexandra Brewis, executive director of the School of Human Evolution and Social Change at Arizona State University.

Dr. Brewis and her colleagues recently completed a multicountry study intended to give a snapshot of the international zeitgeist about weight and body image. The findings were troubling, suggesting that negative perceptions about people who are overweight may soon become the cultural norm in some countries, including places where plumper, larger bodies traditionally have been viewed as attractive, according to a new report in the journal Current Anthropology.

The researchers elicited answers of true or false to statements with varying degrees of fat stigmatization. The fat-stigma test included statements like, “People are overweight because they are lazy” and “Some people are fated to be obese.”

Dr. Brewis said she fully expected high levels of fat stigma to show up in the “Anglosphere” countries, including the United States, England and New Zealand, as well as in body-conscious Argentina. But what she did not expect was how strongly people in the rest of the testing sites expressed negative attitudes about weight. The results, Dr. Brewis said, suggest a surprisingly rapid “globalization of fat stigma.”

Surprisingly, stigma scores were high in places that have historically held more positive views of larger bodies, including Puerto Rico and American Samoa.

Dr. McGarvey said that more extensive study was needed to determine just how much that had changed, and that it was important that public health campaigns intended to curb diabetes and high blood pressure did not end up creating negative images of overweight individuals. “A public health focus on ‘You can change,’ or ‘This is your fault,’ can be very counterproductive,” he said. “Stigma is serious.”

What is not clear from the new research is how pervasive fat stigma has become. With only 700 people included, the study is not a representative sample of each country and reflects only a snapshot of cultural attitudes in the area studied. In addition, the research looked only at selected locales and did not include any Asian or Arab countries.

In India, for instance, being overweight or obese is associated with being middle class or wealthy, said Scott Lear, associate professor for health sciences at Simon Fraser University in Vancouver. Even so, Dr. Lear, who is studying rising childhood obesity in that country and in Canada, agrees the potential for stigmatization exists. “We know in developed countries that obese people are less successful, less likely to get married, less likely to get promoted,” he said.

I’m not sure that it’s possible to simultaneously convince people that 1) being overweight is undesirable; 2) a healthy weight can be maintained through proper diet and exercise; and 3) we shouldn’t stigmatize those who are overweight.