Buzzfeed’s Matt Stopera posts some Facebook updates from people who, for some reason, could not tell Oprah Winfrey and Whitney Houston apart.

This one is may favorite: 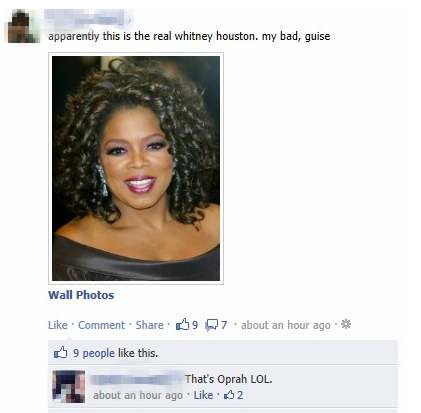 I’m really not sure what to say.