Fred Barnes argues that Sen. Edward Kennedy is a much more savvy legislator than most other Democrat leaders:

SENATOR EDWARD KENNEDY is more politically astute than Senate Democratic leader Tom Daschle. He understands the legislative process far better than Senator Hillary Clinton does. He is a much cooler head than Senator Jay Rockefeller. And there’s a good chance he’ll turn out to be smarter than the entire Bush administration on the subject of Medicare and a prescription drug benefit for senior citizens.

Barnes notes, correctly in my view, that Kennedy has a keen sense of the possible and understands, in the sage words of Kenny Rogers, when to hold ’em and when to fold ’em. Rather than hamhandedly killing legislation that he has worked much of his career to get passed, letting the perfect be the enemy of the good in an ill-fated attempt to get a campaign issue for 2004, Kennedy worked with Republicans to get half a loaf.

While I’m skeptical of the legislation that passed, and am no fan of Kennedy the man, most observers on either side of the aisle report that he is a man that can be worked with and who knows how the system works. 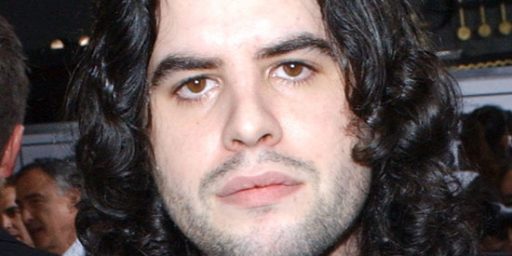