For the fifth time in fifty years, Puerto Ricans will vote tomorrow on a referendum on statehood, but it's not likely to have any impact on the island's current status. 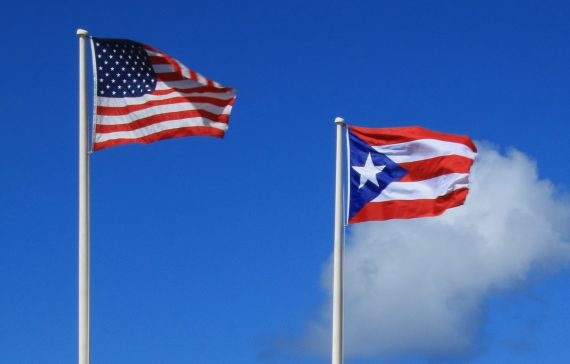 For the fifth time since 1967, Puerto Rico will vote in a non-binding referendum on the state’s future status:

Voters in Puerto Rico head to the polls Sunday to decide whether to back a bid to make the U.S. territory the 51st state, at a time when the island is gripped by an economic crisis that is creating stiff challenges for such a proposal.

The nonbinding plebiscite in the island of 3.4 million people presents three options: statehood, independence or a continuation of its current status as a territory. Gov. Ricardo Rosselló, a member of the pro-statehood New Progressive Party, has made the push for statehood a centerpiece of his administration since assuming office in January.

“The people of Puerto Rico cherish our relationship with the United States,” said Jenniffer González, the island’s nonvoting member of Congress and a member of the pro-statehood party. “We hope to strengthen that relationship” by becoming the 51st state.

But the opposition Popular Democratic Party—which supports keeping the island’s current status, though with more autonomy—has urged voters to boycott the vote. It calls the referendum rigged in support of statehood, in part because the governing party had initially sought to exclude the territorial option from the ballot. The smaller Puerto Rican Independence Party has also called for a boycott.

Sunday’s vote will be the fifth plebiscite since 1967 on the island’s status, an issue that has divided Puerto Ricans for decades. Under the current status, Puerto Ricans are born U.S. citizens, but those living on the island can’t vote for president and have only one representative in Congress, a resident commissioner who cannot vote.

Proponents say Puerto Rico’s current status is essentially that of a colony, marring the island’s dignity. Gaining full admission to the U.S., they argue, could help the island contend with a decadelong recession and a $73 billion mountain of debt. It would draw more investment, they say, and allow the island to tap federal funding that is more-restricted for territories.

Apart from the plebiscite, Mr. Rosselló signed into law this week a measure aimed at bolstering the campaign for statehood. It would create a commission comprised of two “senators” and five “representatives”—which Puerto Rico would be expected to receive if it were to become a state—to press U.S. lawmakers for admission.

As noted, tomorrow’s referendum is non-binding like all the others have been, and the polling data seems to indicate that statehood will win the battle for the second time. That does not mean, however, that Puerto Rican statehood would be any closer than it is today. The most prominent reason for this, of course, is that the Constitution, in Article IV Section 3 Clause 1 requires Congressional consent to the admission of new states. For several reasons, that is unlikely to be forthcoming. The most prominent reason, of course, is that Puerto Rican statehood would mean at least six additional members of the House of Representatives and two new members to the Senate. Based on the current political makeup of the island, it’s apparent that the majority of the House members, and both of the Senators, would most likely be Democratic, an outcome that if it happened today would reduce the Republican majority to one that stood at 50-50, plus the tie-breaking vote of Vice-President Pence. Obviously, Republicans in Congress are not going to agree to this and there may well be some Democrats who would oppose the dilution of their individual voting power in the Senate by the addition of new members.

Beyond these purely political motives, though, there are financial issues that make statehood unlikely for the time being. For a number of years now, the state has been near default on its debts at both the local and island-wide level and has only had success in resolving some of those disputes via negotiation on a limited basis. The crisis worsened largely because the last round of changes to the U.S. Bankruptcy Code removed provisions that would have allowed those debtor entities to file for court protection in the same manner that U.S. municipalities can. That law was changed by the last Congress to allow Puerto Rico to take advantage of a modified version of Chapter Nine’s municipal bankruptcy protections. As a result, in May Puerto Rico filed the largest municipal bankruptcy in American history. The island is currently under court protection and engaged in court and negotiation battles with creditors that are likely to last for years to come. If the island were to become a state, those bankruptcy issues would likely become a big issue in Congress and there would be increased pressure for a bailout. Given all of that, the outcome of tomorrow’s referendum will be largely symbolic for the time time being.