Quote of the Day – NFL Edition

Just because somebody pay you money don't mean they'll make you do whatever they want or whatever. 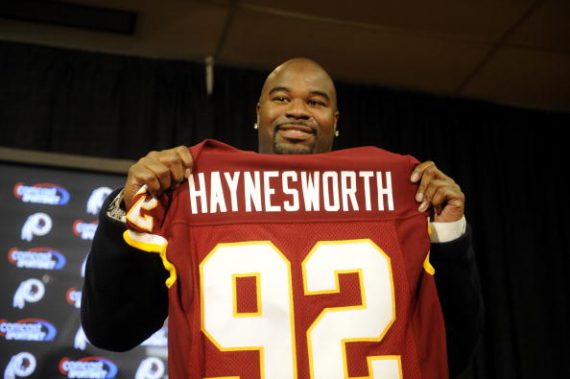 “Just because somebody pay you money don’t mean they’ll make you do whatever they want or whatever. I mean, does that mean everything is for sale? I mean, I’m not for sale. Yeah, I signed the contract and got paid a lot of money, but … that don’t mean I’m for sale or a slave or whatever.” – Albert Haynesworth explaining why a $100 million contract and a $21 million signing bonus doesn’t entitle the Washington Redskins to move him from playing interior defensive lineman in a 4-3 defense to interior defensive lineman in a 3-4 defense. It doesn’t explain, however, why he accepted said signing bonus after being told the team would grant him his release if he was unwilling to make the switch.