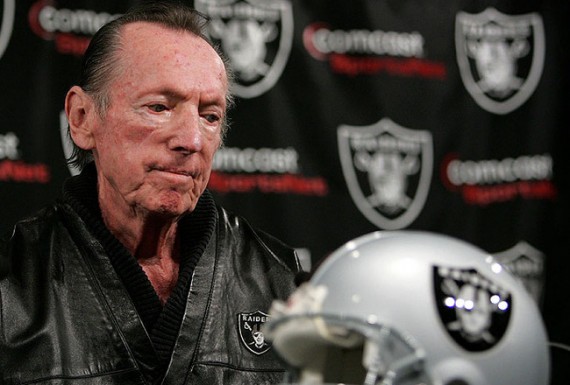 Oakland Raiders owner Al Davis, whose rebellious NFL legend began 60 years ago as an assistant with the Baltimore Colts and was punctuated with a 1992 Pro Football Hall of Fame induction in Canton, has died at 82.

The team’s website released the news Saturday morning, posting a simple tribute with his name in large silver letters above “July 4, 1929-October 8, 2011.” … No cause of death was released, and it was not immediately clear when and where he died.

I’ve had many a harsh word about Al over the years, but today I’ll simply say R.I.P.