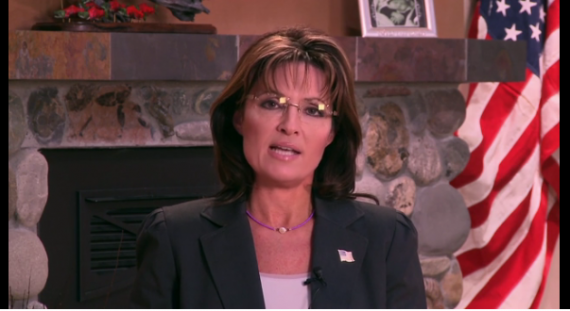 New York Magazine reports today that Fox News head Roger Ailes told Sarah Palin to avoid responding in any way to the controversy that erupted after the shooting of Congresswoman Gabrielle Giffords:

Before Sarah Palin posted her infamous “Blood Libel” video on Facebook on January 12, she placed a call to Fox News chairman Roger Ailes. In the wake of the Tucson massacre, Palin was fuming that the media was blaming her heated rhetoric for the actions of a madman that left six people dead and thirteen others injured, including Congresswoman Gabrielle Giffords.

Palin told Ailes she wanted to respond, according to a person with knowledge of the call. It wasn’t fair the media was making this about her. Ailes told Palin that she should stay quiet.

“Lie low,” he said. “There’s no need to inject yourself into the story.”

Palin told Ailes that other people had given her that same advice. Her lawyer Bob Barnett is said to have cautioned her about getting involved. The consensus in some corners of Palin’s camp was that she faced considerable risks if she spoke out.

But, this being Sarah Palin, she did it anyway.

Given the overwhelmingly negative reaction to the video, and the extent to which it has made Palin’s incredibly bad unfavorable numbers even worse, it seems fairly clear that Ailes, and the others who told Palin she should have stayed quiet, were right. What’s interesting is that the incident seems to have created a rift between Ailes and his network’s most popular guest commentator:

Ailes was not pleased with her decision, which turned out to be a political debacle for Palin, especially her use of the historically loaded term “blood libel” to describe the actions of the media. “The Tucson thing was horrible,” said a person familiar with Ailes’s thinking. “Before she responded, she was making herself look like a victim. She was winning. She went out and did the blood libel thing, and Roger is thinking, ‘Why did you call me for advice?'”

Ailes’s displeasure matters, not only because his network is a holding pen for Republican candidates-in-waiting, but because he is paying Palin a hefty $1 million annual salary while she strings out her decision over whether to run for president

There is, it seems, trouble in paradise.