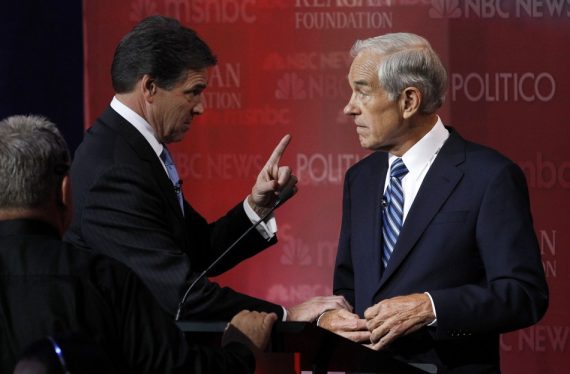 This time, things got physical.

During a commercial break, Perry walked up to Paul’s podium, physically grabbed Paul’s wrist, and pointed at Paul’s face with his other hand

The confrontation took place shortly after this portion of the debate, where things got testy between Paul and Perry:

As Christopher notes, we really don’t know what Perry was saying to Paul, although I doubt that he was asking him for barbeque tips. Whatever happened, though, there were a few other photos taken during the confrontation, including this one that makes it seem like Jon Huntsman was trying to play peacemaker: 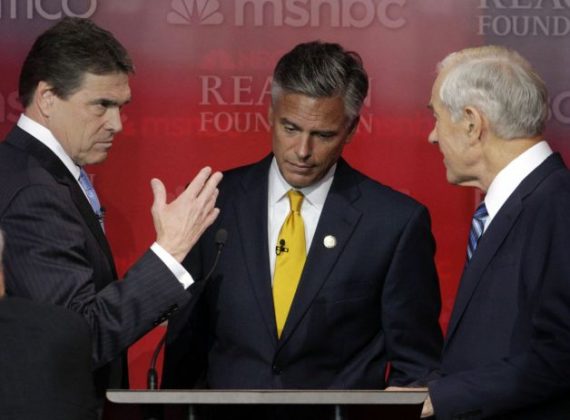 Well, Huntsman does have diplomatic experience, perhaps he thought he could help.