Venezuela have reached a series of agreement on energy. Should the US be concerned? 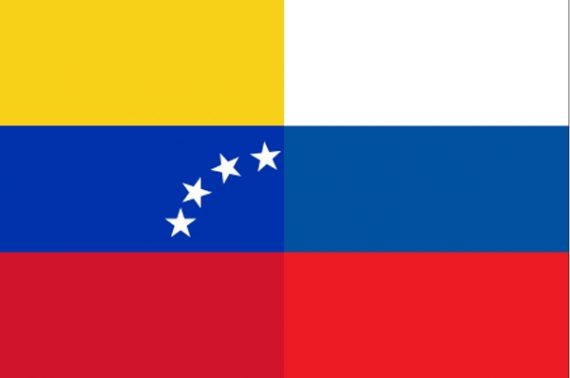 Venezuelan President Hugo Chavez clinched a host of deals Friday to boost a burgeoning relationship with Russia, including an accord to build the first nuclear power plant in his country.

The agreement will give Rosneft, Russia’s biggest oil firm, a key foothold in the European market. Ruhr Oel GmbH was until now been a joint venture with British energy firm BP.

The Russian and Venezuelan energy ministries also signed a memorandum of understanding supporting a plan for TNK-BP to acquire BP’s assets in Venezuela.

TNK-BP is a joint venture partly owned by British energy giant BP. BP is considering selling a range of assets to finance its losses after the Gulf of Mexico oil spill.

No doubt this event will cause some folks to run around like their hair is afire (as some did when the Russian-Venezuelan arms deal from last year was announced—for example:  click).

First, as I like to note in situation like this:  this is the way states behave.  Venezuela has reasons to want to increase ties with states it considers friendly and Russia has every reason to want to find trading partners.

Second, yes both are also motivated to some degree by the notion of sticking a finger in the eye of the United States (although this is rather unlikely to be the main motivation for the agreement—despite the way the US looks at things, everything isn’t about this country).

Third, would the US prefer that the deals not take place?  Sure.  The US government considers Venezuela a less than friendly actor and likewise isn’t keen in other states getting involved in what it thinks of as its backyard.  Still, the actual security risk to the US or its allies in the region are slight at best.

Fourth, any story that involves nuclear power and any state not a clear ally of the United States tends to raise concern.  However, I would also note, as I did last year, that there are a number of nuclear plants in the region.  Moreover, the presence of nuclear power plants in a country does not mean that said wants (or will acquire) nuclear weapons.  Beyond any of that, it should be noted that the nuclear power plant is already under construction regardless of this deal and it appears to me that the new portion of this story has to do with petroleum, not nuclear power.

Nonetheless, one suspects that there will be a great deal of hang-wringing in some quarters over this development.

On a side note, clearly we need some new linguistic conventions.  To wit (emphasis mine):

Russia has been building Iran’s first nuclear plant in the southern city of Bushehr, a project that has at times been the subject of considerable Western discomfort.

This is a wholly Cold War formulation wherein the US and its allies represent The West and the Soviets Russians represent The East (caps and all).   While I am old enough for that formulation to feel familiar (and even kinda comfortable, like an old shoe), the fact of the matter is it is almost two full decades out of date in terms of it actually explaining anything.

If anything, while the US and Russia aren’t BFFs, they are also not adversaries.  Further, Venezuela is in the western hemisphere, for crying out loud.  Further, even in other types of west/east comparisons (say the culture of east Asia v. the western political thought, or what have you), Venezuela is likewise part of the “west.”

And really, for those who see Hugo Chávez as a serious threat to US national security, I would be curious as to exactly what people think said threat is.  Despite the rhetoric, he is not going to attack Colombia and, further, the US is a major customer for Venezuelan oil (not to mention that PDSVA uses specialized refineries in the US to process their crude).

Quite frankly, Chávez’s main threat is to the quality of democracy in Venezuela more than anything else.