Megan McArdle is angry to the point of thinking profane thoughts over the idea that Bernie Madoff transferred some $69 million in assets to his wife’s name to shelter them from the Feds.  She, quite reasonably, feels that “those investors certainly deserve it better than Ruth Madoff, who has been living high off of ill-gotten gains for years.”

As it turns out, Federal law sees it that way, too.  Indeed, Peter Henning has a longish piece at NYT today entitled “Can Ruth Madoff Keep the Penthouse?”   The explanation, as with all things legal is long (why else would you need 7 years in law school to learn it all?).  The short answer, though, is Probably not.

[S]imply putting assets into another person’s name, or giving them as a gift, does not necessarily shield them when they are the proceeds of criminal activity.

The government has not yet filed a complete set of criminal charges against Mr. Madoff, and the current deadline for seeking an indictment is March 11. Federal prosecutors can pursue criminal asset forfeiture under a range of statutes that could authorize the seizure of the assets claimed by Ms. Madoff if they are considered to be the product of his crimes.

To argue that the assets in Ms. Madoff’s name are in fact separate, it will be necessary for her to show they were acquired by untainted money. That may be difficult to prove because the records from Mr. Madoff’s investment advisory business do not appear to be very clear. If the government is able to show the brokerage operation was supported by the Ponzi scheme, then money taken from that business may not be immune to forfeiture.

The fact that Ms. Madoff did not know the money she received from him was the proceeds of unlawful activity — a point the government may well contest — would not insulate the property and accounts in her name. Under the asset forfeiture laws, ignorance of the source of the tainted money is not a defense. Instead, the only basis to resist a criminal asset forfeiture claim to property traceable to the crime is if the purported owner acquired the interest before any criminal activity generated the proceeds, or if the person is a bona fide purchaser for value of the property.

One presumes there’s some sort of lien on those assets right now.  Otherwise, Ruth Madoff should spend it while she still can. 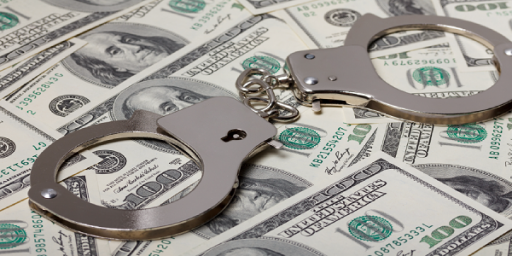