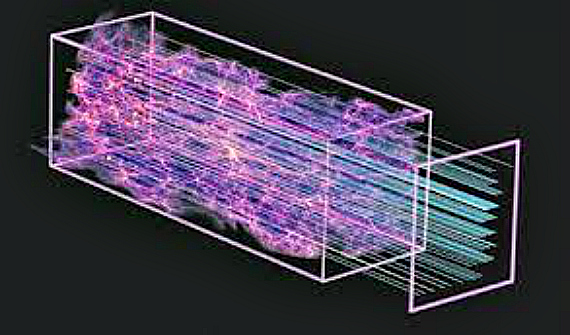 A look back in time:

(Reuters) – An international team of astronomers has produced the first map of the universe as it was 11 billion years ago, filling a gap between the Big Bang and the rapid expansion that followed.

The study, published in the journal Astronomy & Astrophysics, shows the universe went through a phase roughly three billion years after the Big Bang when expansion actually started to slow, before the force of so-called ‘dark energy’ kicked in and sent galaxies accelerating away from each other.

Much is known about the immediate aftermath of the Big Bang from studies of its afterglow in the cosmic background radiation, and its accelerating expansion over several billion years can be seen with a look at the way distant galaxies are moving.

“Only now are we finally seeing its adolescence… just before it underwent a growth spurt,” said Mat Pieri at the University of Portsmouth in Britain, one of the authors of the study.

Little is known about dark energy, and its counterpart dark matter, but astronomers argue the force must exist to account for the speed at which the universe is expanding. Together, dark energy and dark matter are believed to make up about 96 percent of the universe.

The new study supports the theory that dark energy was somehow created as the universe expanded, by detailing a period when gravity was winning the tussle and slowing the expansion.

“If we think of the universe as a roller coaster, then today we are rushing downhill, gaining speed as we go,” said Pieri. “Our new measurement tells us about the time when the universe was climbing the hill – still being slowed by gravity.”

The map, the work of 63 scientists from nine countries, was compiled using a novel technique for studying the intense light from 50,000 distant quasars as it passes through clouds of hydrogen in space on its way to Earth.

They produce a picture of the ancient universe in same way thousands of flashlight beams would light up a bank of fog.

“The quasars are back-lights,” Pieri told Reuters, and the way the gas in front of them absorbs some of the light allows astronomers to get a detailed picture of these distant clouds of gas known as the intergalactic medium.

The most interesting thing in cosmology right now, of course, is that all of the evidence we gather tells us that something that we’re calling dark energy and dark matter exists, but we still haven’t been able to confirm its existence. That’s likely to be the great scientific endeavor of coming decades. 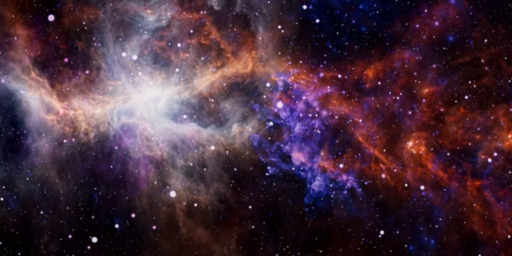 Scientists Discover Mysterious Radio Bursts From Billions Of Light-Years Away