The Seattle Seahawks signed a draft choice knowing he would never play a down of football for them, costing them more than half a million dollars. 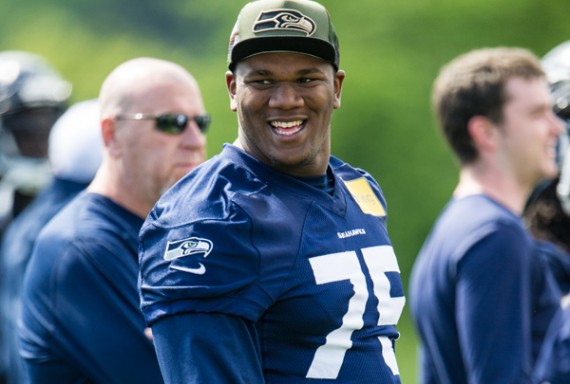 The Seattle Seahawks signed a draft choice knowing he would never play a down of football for them, costing them more than half a million dollars.

Frank Schwab of Yahoo Sports (“Classy Seahawks sign draft pick before having to cut him due to heart condition“):

Friday’s move by the Seahawks was a little peculiar because it involved them cutting a sixth-round pick just a few weeks after the draft, but ultimately it’ll be a line in the transactions page most people will read and instantly forget.

Scott, during a physical with the team, was found to have a rare heart condition that will keep him from playing, the Seahawks said. Scott played in college at Marshall.

Scott went from the life highlight of being drafted into the NFL to the low of having it taken away in less than a month. He played 41 games at Marshall. Presumably his heart condition wasn’t noticed during any physical tests during the pre-draft process either. Then he was told that the team that selected him didn’t think his heart would let him play football again.

There’s a silver lining. The Seahawks found out about Scott’s condition before signing him but the team signed him to his contract anyway, then waived him. That means Scott receives his signing bonus and first-year salary totaling about $555,000, according to Bob Condotta of the Seattle Times. ”So to clarify, they signed him to contract knowing he had NOT passed his physical so he could still get some money.”

Like losing a late draft pick, the Seahawks won’t really miss that money. But it’s a great gesture from a championship organization.

A classy gesture, indeed. And Schwab is wrong: while a rich NFL franchise like the Seahawks won’t miss the dollar value of $555,000, they’ll take that hit in the salary cap, meaning they’ll find it harder to sign a veteran free agent later in the offseason or as an injury replacement later in the season. Nor do they owe any especial loyalty to Scott, who had no choice in which NFL team drafted him and has contributed nothing to the Seahawks organization. So, this was a purely humanitarian gesture by the team, letting Scott fill a life-long dream of being signed by an NFL team and giving him a mighty nice consolation prize.