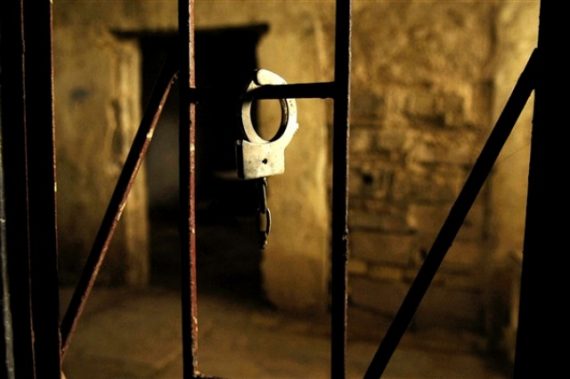 Admitting that “some will call me a torturer” is a surefire way to cut yourself off from anyone’s sympathy. But Glenn Carle, a former CIA operative, isn’t sure whether he’s the hero or the villain of his own story.

Distilled, that story, told in Carle’s new memoir The Interrogator, is this: in the months after 9/11, the CIA kidnaps a suspected senior member of al-Qaida and takes him to a Mideast country for interrogation. It assigns Carle — like nearly all his colleagues then, an inexperienced interrogator — to pry information out of him. Uneasy with the CIA’s new, relaxed rules for questioning, which allow him to torture, Carle instead tries to build a rapport with the man he calls CAPTUS.

But CAPTUS doesn’t divulge the Qaida plans the CIA suspects him of knowing. So the agency sends him to “Hotel California” — an unacknowledged prison, beyond the reach of the Red Cross or international law.

There’s four pages of narrative here and I invite you to click through and read for yourself. He does interview my initial question:

DR: How did the CIA react to you publishing this book? Huge sections of it are blacked out.

GC: The agency redacted about 40 percent of the initial manuscript, deleting entire chapters, almost none of which had anything to do with protecting sources or methods. Much of it was so the agency could protect itself from embarrassment, or from allowing any description of the interrogation program to come out. One would infer, obviously, that large segments of the agency would have preferred to leave CAPTUS’ story in the dark, where it took place.

Those who have held top security clearances and accessed Top Secret information are required to get approval before publishing, lest the reveal the nation’s secrets. It’s interesting that they let this much get out, given that they could certainly claim “sources and methods” were at risk.

As to Carle, I have no idea of his credibility. He’s obviously trying to sell a book and needs something juicy. But there’s enough anecdotal evidence now of extraordinary rendition and secret prisons that his story is at least plausible.

UPDATE: I didn’t make the connection initially but Carle is also the fellow behind the “Bush Administration used CIA to discredit Juan Cole” charges. I’m not sure whether that makes him more or less credible but he’s clearly trying to sell a book with a series of outrageous charges.

Guantanamo: Torture or No Torture?