He was a leading advocate of environmental reforms and a vocal opponent of the war in Vietnam. Still, former three-term Sen. Thomas Eagleton had no illusions about how he would be best-remembered. “In my obituary, it will probably be, ‘Tom Eagleton, United States senator for Missouri, for a short time the vice presidential candidate on the McGovern ticket in 1972,’ so that will be in my first paragraph,” Eagleton told The Associated Press in a 2003 interview.

Eagleton, 77, who resigned as McGovern’s running mate after it was revealed that his depression had been treated with shock therapy, died Sunday of a combination of heart, respiratory and other problems, his family said.

His death brought an outpouring of praise from Democrats and Republicans alike, including from George McGovern, who made the difficult decision in 1972 to remove Eagleton from the Democratic ticket. “It’s a real loss to the country,” McGovern said in a telephone interview Sunday. “No. 1, people liked him personally. They liked his enthusiasm. They liked his stories. They liked his ribbing and kidding. Republicans seemed to like him as well as Democrats.”

Former Sen. John Danforth, R-Mo., Eagleton’s longtime friend and fellow St. Louisan, called Eagleton’s death a great loss to Missouri and to him personally. “Tom Eagleton was an outstanding public servant throughout his career in elective politics and beyond,” Danforth said. “As a United States senator, he was highly respected on both sides of the aisle. He was a person of high principle and consistent good humor.”

It’s a shame when one incident, especially an unfavorable one, overshadows all the contributions of one’s life. It’s especially tragic in Eagleton’s case, because it was merely a health problem that people were not ready for psychologically. 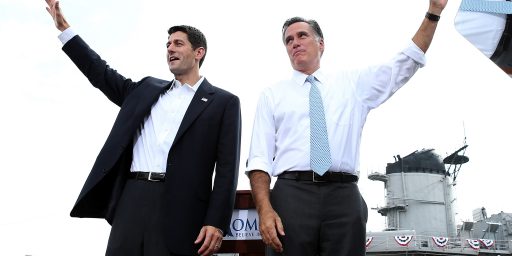 Do Vice-Presidential Picks Really Matter That Much?