So. first, we have the RealClearPoliticals National Poll Average, which as of tonight stands at +3.1 in the President’s favor, and trend lines that look like this: 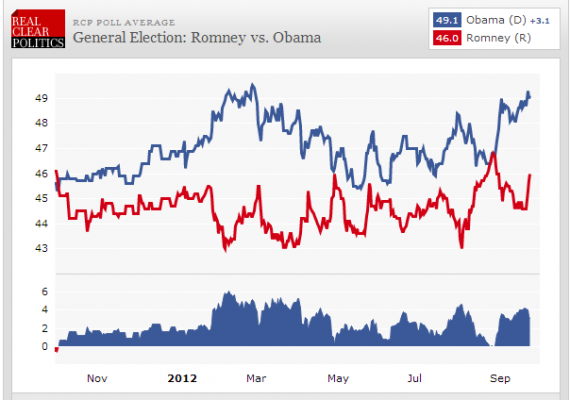 Next, we have the RCP Electoral College Map Projection, which currently shows the President one Electoral Vote short of victory: 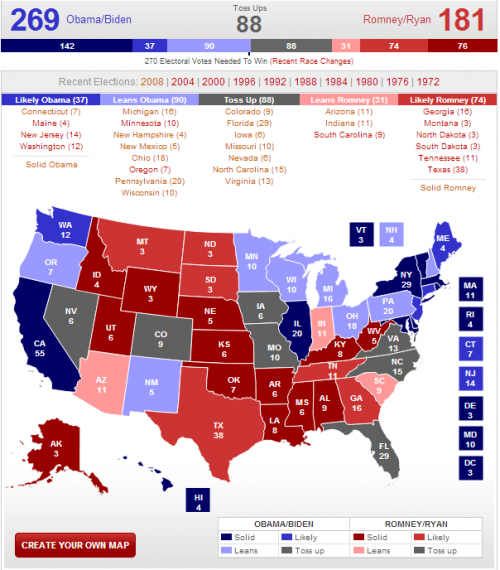 Now, let’s see how things change over the next three weeks or so.