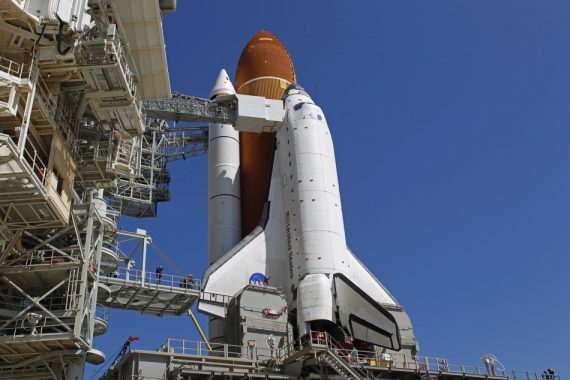 Thanks to equipment problems we won’t be seeing a Shuttle launch today:

KENNEDY SPACE CENTER, Fla. — NASA on Friday was forced to postpone the launching of the shuttle Endeavour, four hours before it was to lift off on a two-week mission to the International Space Station.

Officials announced that the launching, which had been set for 3:47 p.m., would be delayed for at least three days while technicians try to fix heaters that are part of  equipment that powers the movement of the shuttle’s engines and its flaps during its ride into space.

The decision frustrated a crowd of hundreds of thousands of people who were gathering for the event, the second-to-last takeoff in the shuttle program. Among the intended spectators was President Obama, who had not yet arrived at the space center when the decision was made; he was in Alabama touring areas damaged by tornados.

No word on whether the President, or Congresswoman Giffords, will be able to attend Monday’s launch (assuming it goes forward) 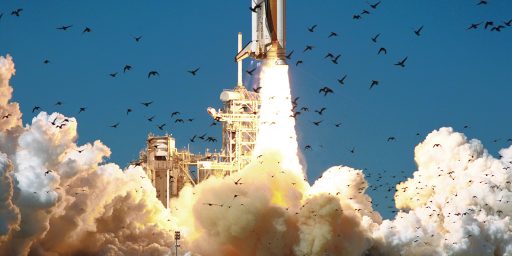