There's a move afoot to postpone the election of the House Democratic leadership. Why should people who were defeated in the recent elections have a say? And, surely, those just elected should have a vote. 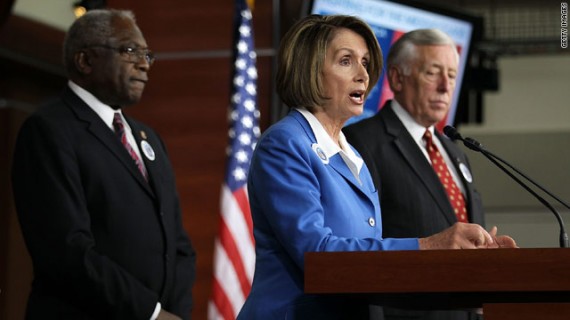 here’s a move afoot to postpone the election of the House Democratic leadership.

Two House Democrats are circulating a letter asking Democratic leaders to push their party’s leadership elections for the next Congress until December.

Reps. Marcy Kaptur (D- Ohio) and Peter Defazio (D-Oregon) say in the letter that the “historic results” of the Democrat’s 60-seat loss in the House is one reason to push back leadership selection.

The letter comes as the soon-to-be former House Democratic majority leaders are embroiled in a controversy over who will lead the Democrats when the House changes to Republican hands in January.

Defazio is a known critic of the Democratic leadership and has vocalized his opposition to House Speaker Nancy Pelosi (D- California) remaining in a leadership role. Kaptur has occasionally broken with leadership, but her spokesman told CNN that Kaptur’s request to delay the elections is not about Pelosi, but about giving Democratic members some time to return to Washington and discuss future moves for all leadership slots before any decisions are made.

Whether this will gain any steam is unclear.   But isn’t it odd that the leadership elections for the next Congress would be held before it even meets?  Why should people who were defeated in the recent elections have a say?  And, surely, those just elected should have a vote. 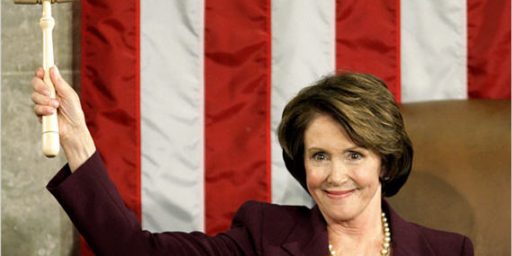 Whether They Like It Or Not, Democrats Seem Stuck With Nancy Pelosi