The Southern Baptist Convention, once founded as a pro-slavery denomination that aligned itself with the Confederacy, voted Tuesday to condemn the Civil War battle flag of the South.

“It’s not often that I find myself wiping away tears in a denominational meeting, but I just did,” Russell Moore, the prominent evangelical writer who leads the denomination’s Ethics and Religious Liberty Commission, wrote in a blog post after the vote. “Does this change the game as it applies to the crushing issues of racial injustice around us? Of course, it does not. But at the same time, we cannot dismiss this as just about symbols. Symbols matter.”

The resolution was proposed by William Dwight McKissic Sr., a black pastor in Arlington, Tex., who told The Washington Post before the vote Tuesday that he thought it imperative that the Southern Baptist Convention — the United States’ second-largest religious group, after only Catholicism — make a statement about the flag after the slayings in a church in Charleston, S.C., a year ago.

“You can’t take something that is contaminated and make it innocent. I think to honor those nine people in Charleston that were killed, surely you can repudiate what drove Dylann Roof to kill those folks. You say to the black community, we identify with your pain. We share your pain,” McKissic said.

The evolution of the resolution is worth noting:

Before the Southern Baptist Convention gathered for its annual meeting Tuesday, McKissic and the denomination’s president, Ronnie Floyd, said they were not sure whether the resolution would make it out of committee, let alone pass a vote. Commenters on McKissic’s website responded with defenses of Southern heritage when he announced he submitted the resolution.

Instead, when the resolution came up for a vote, attendees at the meeting amended the words to make it stronger. Moore said that voters took out a reference to the sense of family history that leads some people to fly the Confederate flag. And where the resolution committee proposed a draft asking that Southern Baptists “limit” use of the flag and “consider” outright removal, the whole group amended that.

Kudos to the SBC. 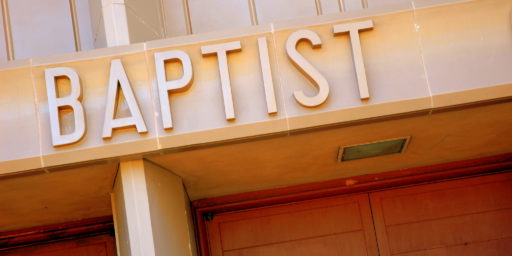